Challenge students to produce a list of words from A-Z, each of which has something to do with the topic being consolidated or revised. If time is available, these can then be converted into a rhyme or song. Ideas can then be shared in the format of a team competition. The case study that follows was inspired by the existence of not one, but two genuine ‘slavery alphabets’ I discovered that were used by the abolitionist movement in the early nineteenth century, but the concept can be adapted for any topic whatsoever. It can also be tested in a variety of ways, some ideas being listed in the ‘taking it further’ part of this post.

In the grand final of my “Apprentice” roleplay when studying the abolition of slavery, one of the tasks given to the three finalists (and their hand-picked teams) involves producing a “Slavery Alphabet” poem to raise awareness of the horrors of the middle passage and life on the plantations. I start them off by reading out the first two lines of a genuine ‘handbook against slavery’ produced at the time:

The remaining 24 letters of the alphabet are then divided between the three teams (C-J, K-R, S-Z). Teams are then given a limited amount of time to decide upon which words are most powerfully associated with the topic, and (if they are given sufficient time) to turn these into full lines of the poem – ideally, with rhyme incorporated.

When they are finished, we read out the first team’s ideas, then compare them to the choices made by another ‘Slavery Alphabet’:

Students can be asked to comment on which words they thought were particularly interesting, effective or confusing choices and the teacher can elaborate and explain further as necessary.

The “A-Z” approach can be used to help students to consolidate or revise knowledge for any topic.

Different students could focus on different pairs of letters and produce two illustrated (and rhyming) lines of a poem which can be collated together as a whole class display.

The teacher could conduct a team challenge where letters of the alphabet are randomly chosen from the ClassTools name picker and teams score points if they can successfully nominate a relevant word starting with that letter and explain its relevance to the key question being studied (in the example above, this was ‘What were the most inhumane aspects of the slave trade?’). Other students can take notes and then write up their findings in the form of a triangle 9 diagram or similar.

Another quiz format could be a ‘blockbusters’ board with letters of the alphabet placed within it. Each team takes it in turn to nominate one letter, give a word starting with this, and explain its relevance to the topic, to ‘shade’ it their colour. The ‘white’ team has to join up a chain of hexagons vertically, the ‘blue’ team (which should be a bit larger as there are more to join up) horizontally. 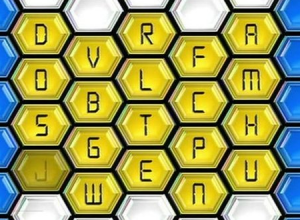