For an introduction to the Escape Room format and how it can be used in the classroom, please consult this earlier blogpost.

This post is designed to be read alongside its partner post: “Educational Escape Rooms: Case Study 1 – larger groups / younger students“ 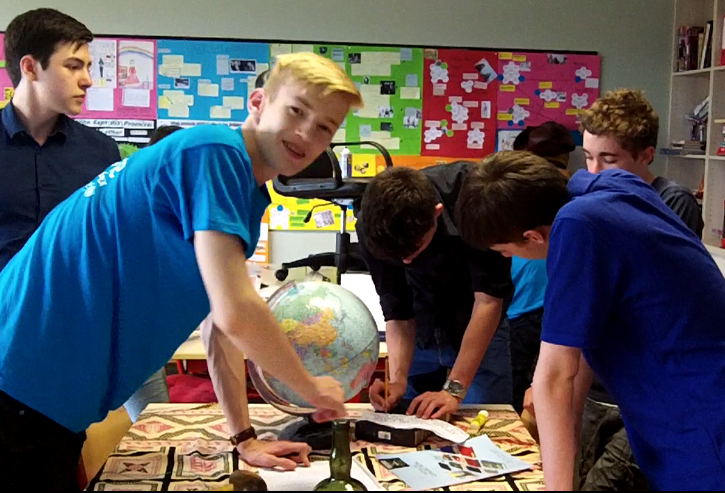 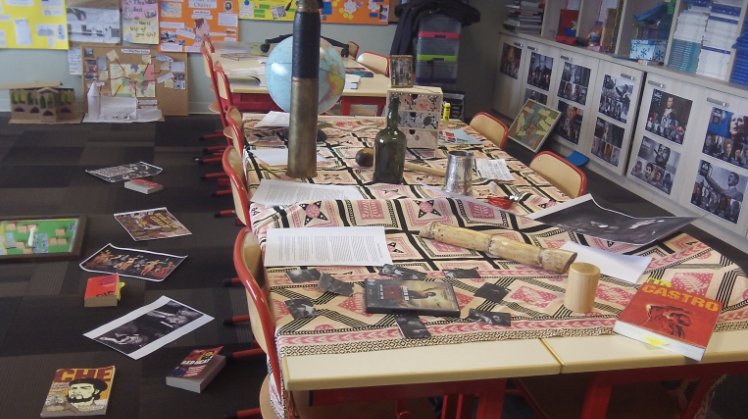 Setting up the Escape Room

On the last lesson of the previous week, my IB History students made some initial notes on the rise of Fidel Castro from their textbooks and a video documentary over the weekend as part of our ongoing studies about the rise and rule of authoritarian regimes.

Over the weekend, I prepared a series of missions, each of which consisted of several discrete parts:

This phase of the process was the most challenging, because it involved coming up with lots of ideas about where the mission slips could be hidden, how I could provide a clue to find them, what these missions would then involve, and what historical knowledge would be acquired as a result.

On the Monday lunchtime, before their lesson, I locked my classroom and set to work creating the ‘escape room’ environment. 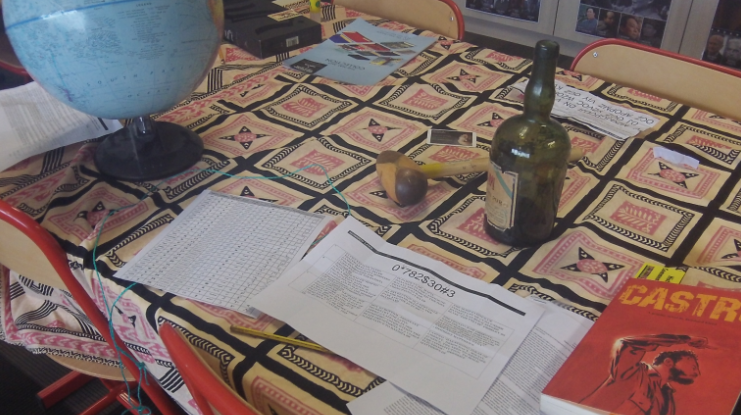 At the end of the five minutes of exploration, I gave the students their first mission (“Mission Red”). This consisted simply of a list of 10 factual questions that they needed to answer. Crucially, only the answer to the first one needed to be stated to the teacher to obtain the clue to the location of the next mission. However, I made it clear that the answers to all of the others, plus any other information they learned from me during the exercise, would be crucial to complete the last mission and secure their final escape. This was a very effective idea for the first mission, because it meant that several members of the class could then focus on getting answers to these various questions, whilst the rest of the team tackled the next mission. All these factual questions could all be answered using their existing knowledge or by using the images, books and primary sources within the room. 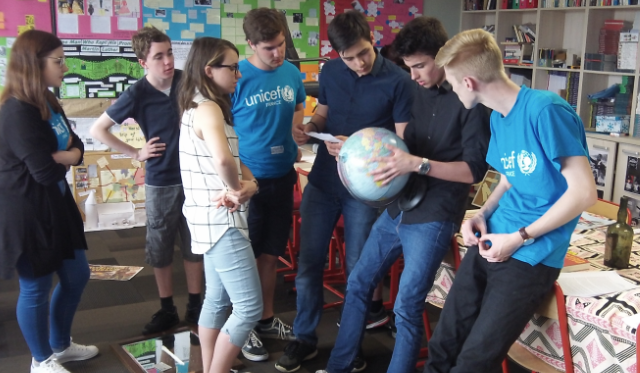 The teacher then returns to Step 1 to move students on to the next mission.

The crucial thing is of course to actually come up with some creative ideas about where to hide the mission slips, what the cryptic clue should be to help students find them, what those missions should entail, and what follow-up information can be given to students at each stage. Here are some examples of the first few missions I put together to give you some ideas about how you could structure the activity (Note: the full list of missions and supporting materials can be downloaded from this page of ActiveHistory).

Ideas for other missions

The remaining missions for this particular “Escape Room” follow in a similar format. Some missions are hidden on the underside of tables, other under plant pots, another is written in an invisible Ultraviolet pen which can only be seen using a UV torch (without batteries – these too have to be located). The sorts of tasks included identifying a white substance lying suspiciously on the floor, converting a latitude longitude co-ordinates to identify key places, getting a message from a CD even though there was no means of playing it anywhere in the room, putting names to three key figures whose role in the revolution is outlined, and finally completing the missing digits of a phone number to call the CIA operative to ‘spring’ them from the room (but only after they successfully pass security clearance by giving a three word code based on answers to specifically numbered questions in the first mission). 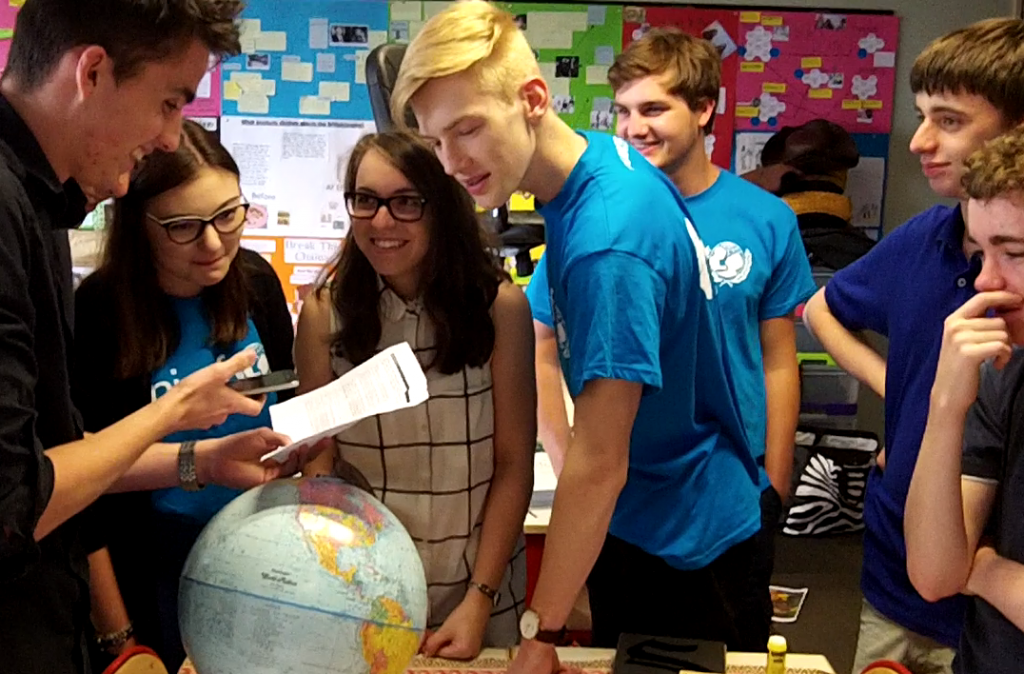 What went well: The format of the activity is very easily adaptable to other topics, year groups and curriculum subjects. The students really enjoyed the lesson and got a lot out of it – not just in terms of historical knowledge (which was my crucial test of whether the activity was worthwhile) but also in terms of skills – some historical (e.g. using an index effectively, skim reading, interpreting images) and others more social (dividing the tasks between the team, thinking laterally). There was a real sense of urgency and excitement about the lesson and a genuine desire to complete the missions by acquiring the knowledge to answer the questions. The removal of the internet from the equation forced them to rely on their own resources (“Now I know how people used to feel without Google!” said one student as he leafed through one of the many sources). Completing the final mission – which involved dialling a mystery number to get through to their rescuer – worked really well. The arrival of the “CIA Operative” in”Men in Black” style wearing wraparound shades and announcing that their helicopter was waiting to fly them back to Florida in safety was a great moment (thanks, Richard!).

What to improve / bear in mind next time: Before the activity, I thought the cryptic clues I gave, and the mission instructions, were sufficiently challenging without being too difficult. In reality, the students were often very flummoxed – although when given a hint their usual reaction was “Of course!”. Therefore, whilst I will not make any of the missions any easier, I will be prepared to give hints when they clearly get to the point that they are stuck. For example, one clue was “Your next mission will require you to look upwards” – for the next few minutes they were all craning their necks trying to see the clue on the ceiling. So I then added “Hint: looking upwards does not mean necessarily that the mission is located above eye level” – at which point they quickly worked out that it was likely to be hidden underneath a table. Determining the moment to give a hint requires a bit of judgement from the teacher but it’s important to keep the game moving without making it too easy.

Conclusion: The “Escape Room” format makes for a fantastic lesson experience. It takes a lot of initial preparation, but now that this particular lesson is resourced it will be very simple to run it again next year. My next objective is to arrange one “Escape Room” activity for each of my other year groups – which will stretch my imagination in terms of a sufficient number of varied activities but should be an enjoyable and worthwhile challenge.