“Quote them out of context”: a ‘Fake News’ exercise for evaluating sources 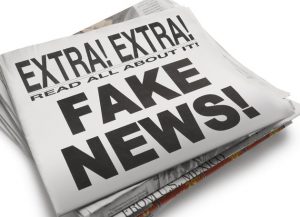 Newpaper reports inlcuding extracts from political speeches and interviews are often used as primary source material in the history classroom. To help students evaluate the reliability and usefulness of such reports – both historically and in current-day terms – provide them with the original, full speech and then produce edited versions which demonstrate how selective reporting can drastically skew our understanding of what was actually said and meant. This “quote them out of context” approach works well with any source which can be interpreted in different ways, and particularly those from individuals with controversial reputations.

Kaiser Wilhelm II of Germany was, in media terms, the closest thing to Donald Trump one can imagine. His policy of approaching every question with a loud, open mouth scandalised and delighted his listeners in equal measure and made him a journalist’s dream. Like Trump too, Wilhelm claimed that the media misrepresented him through selective editing and “fake news”. Considering how much truth there is in these claims is central to assessing how far he was really responsible for poisoning international relations before 1914 and thereby causing the outbreak of World War One.

One particularly good example is Wilhelm’s speech to the North German Naval Association, 1901 – know, for obvious reasons, as “The ‘Place in the Sun’ Speech”. Start by reading out the following extract to the students, after asking them to focus on what its basic message is and whether it creates the impression of a Kaiser who is peaceful or warlike in his intentions:

In spite of the fact that we have no such fleet as we should have, we have conquered for ourselves a Place in the Sun. It will now be my task to see to it that this place in the sun shall remain our undisputed possession, in order that the sun’s rays may fall fruitfully upon our activity and trade in foreign parts, that our industry and agriculture may develop within the state and our sailing sports upon the water, for our future lies upon the water. The more Germans go out upon the waters, whether it be in races or regattas, whether it be in journeys across the ocean, or in the service of the battle flag, so much the better it will be for us. For when the German has once learned to direct his glance upon what is distant and great, the pettiness which surrounds him in daily life on all sides will disappear…As head of the Empire I therefore rejoice over every citizen, whether from Hamburg, Bremen, or Lübeck, who goes forth with this large outlook and seeks new points where we can drive in the nail on which to hang our armour…

After some initial discussion about its message and tone, divide the class into two teams. Half will be ‘friendly’ journalists, half will be ‘hostile’ (it’s best to avoid nationalistic stereotypes by creating for example a ‘German’ and a ‘French’ group of journalists, as Wilhelm, like Trump, had as much trouble with the domestic as with the international press!). The task of the ‘friendly’ team is to underline any quotes which create a positive view of Wilhelm; the ‘hostile’ team the opposite. Students can compare their choices with a partner from the same team, then in larger groups.

Next, they have to produce a precis of the speech using just those quotes: this is a great opportunity to remind students how to use “…” to indicate to the reader that text has been removed, and [square brackets] to replace text with a brief summary. Again, students can work on this individually and then compare their work with other members of the team.

Finally, bring out a person from each team to read their work out to the class, and follow this with two questions:
[1] What does this exercise teach us about the strengths and weaknesses of newspaper reports as source material?
[2] How far does this particular source prove that the Kaiser had warlike intentions?

Subsequent speeches by the Kaiser himself – in particular the notorious Daily Telegraph interview of 1908 (“You English are mad, mad as March hares!”) could be immediately consulted after this exercise, for example, for a fuller judgement on Wilhelm’s character and policy. Similarly, other volatile characters such as Martin Luther, Winston Churchill, Adolf Hitler and many others are fantastically complex and contradictory.