Use an “Image Jigsaw” to arrange class groups

Instead of dividing the class into groups using the Random Name Picker or some other method, take a series of interesting images relating to the topic and cut each one up into however many people you want in each team. Shuffle the pieces, and then hand one piece to each student in the class as they enter the room.

Next, challenge the students to find out who else is in their group by matching their pieces with other people in the class to reconstruct the image. Once they have done so, they should then consider what the meaning or relevance of the image is and be prepared to share their thoughts with the rest of the class.

Once this starter activity is completed, students can then proceed to the main groupwork activity of the class as planned. 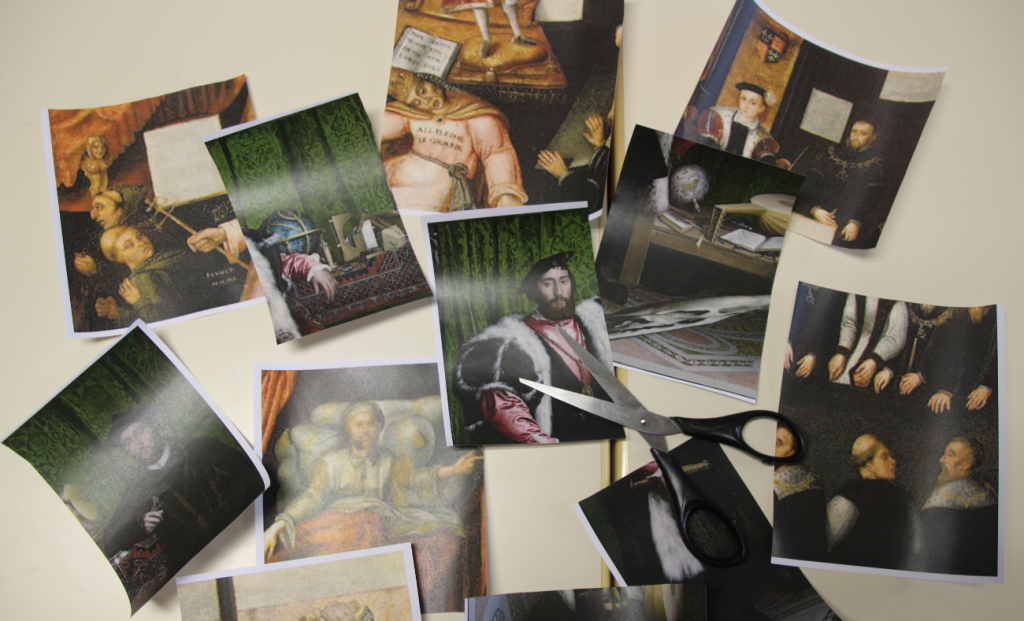 This method is particularly useful when combined with the ‘curate a museum exhibition / art gallery‘ approach, which is based around analysing a group of images, matching them to their captions, and then categorising them meaningfully into an overall analysis of the topic. The lesson could start with the ‘image jigsaw’ as a way of introducing a few of the images rather than simply handing these out at the start, and then proceed seamlessly into the rest of the activity.

The idea of segmenting images and getting students to reconstruct them was an idea raised at the Practical Pedagogies conference by in the session “I have started so I’ll finish – ideas for starters and plenaries in the History-Geography classroom” led by @HistGeoBritSec.