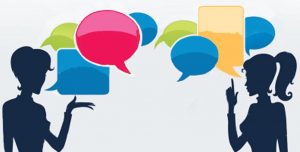 Dialogue poems are designed to compare and contrast the perspectives of the same event or situation from the point of view of different parties involved. Students can read existing poems, or write their own, to examine the main controversies and viewpoints surrounding particular topics.

The socialist President Salvador Allende of Chile was overthrown in a military coup in 1973.
After studying this topic with my students, a pair of the girls read out this poem. It represents the differing views of the working class, and the privileged class, about Allende’s rule and the Pinochet regime that replaced it. We then discussed its meaning, annotated it with historical details, and discussed how (or indeed if) the two women could resolve their differences.

I am a woman born of a woman whose man owned a factory.

I am a woman born of a woman whose man laboured in a factory.

I am a woman whose man wore silk suits, who constantly watched his weight.

I am a woman whose man wore tattered clothing, whose heart was constantly strangled by hunger.

I am a woman who watched two babies grow into beautiful children.

I am a woman who watched two babies die because there was no milk.

I am a woman who watched twins grow into popular college students with summers abroad.

I am a woman who watched three children grow, but with bellies stretched from no food.

But then there was a man;

But then there was a man;

And he talked about the peasants getting richer by my family getting poorer.

And he told me of days that would be better, and he made the days better.

We had to eat rice.

We had to eat beans!

My children were no longer given summer visas to Europe.

My children no longer cried themselves to sleep.

A peasant with a dull, hard, unexciting life.

Like a woman with a life that sometimes allowed a song.

And together we began to plot with the hope of the return to freedom.

I saw his heart begin to beat with hope of freedom, at last.

Someday, the return to freedom.

There were planes overhead and guns firing close by.

There were planes overhead and guns firing in the distance.

I gathered my children and went home.

I gathered my children and ran.

But the guns moved closer and closer.

And then, they announced that freedom had been restored!

And then they came, young boys really.

They came into my home along with my man.

They came and found my man.

Those men whose money was almost gone —

They found all of the men whose lives were almost their own.

And we all had drinks to celebrate.

And they shot them all.

The most wonderful martinis.

They shot my man.

And then they asked us to dance.

And then they came for me.

For me, the woman.

And then they took us,

Men they took us,

They took us to dinner at a small, private club.

They stripped from us the dignity we had gained.

And they treated us to beef.

And then they raped us.

It was one course after another.

One after another they came after us.

We nearly burst we were so full.

It was magnificent to be free again!

It was hardly a relief to have survived.

The beans have almost disappeared now.

The beans have disappeared.

The rice – I’ve replaced it with chicken or steak.

The rice, I cannot find it.

And the parties continue night after night to make up for all the time wasted.

And my silent tears are joined once more by the midnight cries of my children.

Rather than simply locate and read existing perspective poems, students could be asked to write their own at the end of a topic. Examples might include: