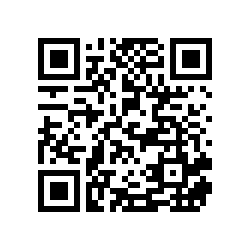 Isambard Kingdom Brunel (; 9 April 1806 – 15 September 1859) was an English civil engineer who is considered "one of the most ingenious and prolific figures in engineering history," "one of the 19th-century engineering giants," and "one of the greatest figures of the Industrial Revolution, [who] changed the face of the English landscape with his groundbreaking designs and ingenious constructions." Brunel built dockyards, the Great Western Railway (GWR), a series of steamships including the first propeller-driven transatlantic steamship, and numerous important bridges and tunnels. His designs revolutionised public transport and modern engineering. Though Brunel's projects were not always successful, they often contained innovative solutions to long-standing engineering problems. During his career, Brunel achieved many engineering firsts, including assisting in the building of the first tunnel under a navigable river (the River Thames) and the development of the SS Great Britain, the first propeller-driven, ocean-going iron ship, which, when launched in 1843, was the largest ship ever built.On the GWR, Brunel set standards for a well-built railway, using careful surveys to minimise gradients and curves. This necessitated expensive construction techniques, new bridges, new viaducts, and the two-mile (3.2 km) long Box Tunnel. One controversial feature was the "broad gauge" of 7 ft 1⁄4 in (2,140 mm), instead of what was later to be known as "standard gauge" of 4 ft 8 1⁄2 in (1,435 mm). He astonished Britain by proposing to extend the GWR westward to North America by building steam-powered, iron-hulled ships. He designed and built three ships that revolutionised naval engineering: the SS Great Western (1838), the SS Great Britain (1843), and the SS Great Eastern (1859). In 2002, Brunel was placed second in a BBC public poll to determine the "100 Greatest Britons." In 2006, the bicentenary of his birth, a major programme of events celebrated his life and work under the name Brunel 200.