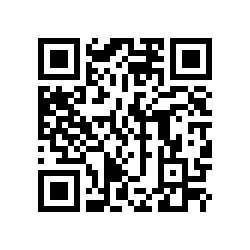 John Davison Rockefeller Sr. (July 8, 1839 – May 23, 1937) was an American business magnate and philanthropist. He is widely considered the wealthiest American of all time and the richest person in modern history.Rockefeller was born into a large family in upstate New York that moved several times before eventually settling in Cleveland, Ohio. He became an assistant bookkeeper at age 16 and went into several business partnerships beginning at age 20, concentrating his business on oil refining. Rockefeller founded the Standard Oil Company in 1870. He ran it until 1897, and remained its largest shareholder. Rockefeller's wealth soared as kerosene and gasoline grew in importance, and he became the richest person in the country, controlling 90% of all oil in the United States at his peak. Oil was used throughout the country as a light source until the introduction of electricity, and as a fuel after the invention of the automobile. Furthermore, Rockefeller gained enormous influence over the railroad industry which transported his oil around the country. Standard Oil was the first great business trust in the United States. Rockefeller revolutionized the petroleum industry and, through corporate and technological innovations, was instrumental in both widely disseminating and drastically reducing the production cost of oil. His company and business practices came under criticism, particularly in the writings of author Ida Tarbell. The Supreme Court ruled in 1911 that Standard Oil must be dismantled for violation of federal antitrust laws. It was broken up into 34 separate entities, which included companies that became ExxonMobil, Chevron Corporation, and others—some of which still have the highest level of revenue in the world. In the end it turned out that the individual segments of the company were worth more than the entire company was when it was one entity — the sum of the parts were worth more than the whole – as shares of these doubled and tripled in value in their early years. Consequently, Rockefeller became the country's first billionaire, with a fortune worth nearly 2% of the national economy. His personal wealth was estimated in 1913 at $900 million, which was almost 3% of the US GDP of $39.1 billion that year. That was his peak net worth, and amounts to US$418 billion (in 2019 dollars; inflation-adjusted).Rockefeller spent much of the last 40 years of his life in retirement at Kykuit, his estate in Westchester County, New York, defining the structure of modern philanthropy, along with other key industrialists such as steel magnate Andrew Carnegie. His fortune was mainly used to create the modern systematic approach of targeted philanthropy through the creation of foundations that had a major effect on medicine, education, and scientific research. His foundations pioneered developments in medical research and were instrumental in the near-eradication of hookworm and yellow fever in the United States. He and Carnegie gave form and impetus through their charities to the work of Abraham Flexner, who in his essay "Medical Education in America" emphatically endowed empiricism as the basis for the US medical system of the 20th century.Rockefeller was also the founder of the University of Chicago and Rockefeller University and funded the establishment of Central Philippine University in the Philippines. He was a devout Northern Baptist and supported many church-based institutions. He adhered to total abstinence from alcohol and tobacco throughout his life. For advice, he relied closely on his wife Laura Spelman Rockefeller with whom he had five children. He was a faithful congregant of the Erie Street Baptist Mission Church, taught Sunday school, and served as a trustee, clerk, and occasional janitor. Religion was a guiding force throughout his life and he believed it to be the source of his success. Rockefeller was also considered a supporter of capitalism based on a perspective of social Darwinism, and he was quoted often as saying, "The growth of a large business is merely a survival of the fittest".