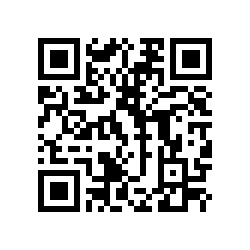 Ellen Louise Ripley, often referred to simply as Ripley, is a fictional character and protagonist of the Alien film series, played by American actress Sigourney Weaver. The character earned Weaver world recognition, and the role remains her most famous to date. Ridley Scott, director of the first film in the series, made the decision to switch Ripley from standard male action hero to a heroine.Alien (1979) and Aliens (1986) were heralded for challenging gender roles, particularly in the science fiction, action, and horror genres. Weaver's performances are also highly praised: for Aliens, she earned her first Academy Award nomination for Best Actress, which is now seen as a landmark since the Academy, to that point, had given little recognition to the genres of science-fiction and horror. For her role in the franchise, Weaver has also been nominated for a Golden Globe Award for Best Actress in a Motion Picture Drama, a BAFTA Award for Best Leading Newcomer, and four Saturn Awards for Best Actress, winning one for Aliens.Ripley is often considered one of the most significant female protagonists in cinematic history, and is a prominent figure in popular culture. Today, Ripley's influence extends beyond that of the original film franchise; she has appeared in novels, comic books and video games.