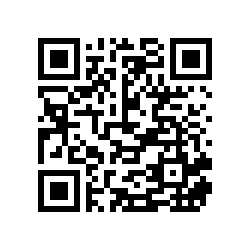 Mario is a fictional character created by Japanese video game designer Shigeru Miyamoto. He is the title character of the Mario video game franchise and the mascot of Japanese video game company Nintendo. Mario has appeared in over 200 video games since his creation. Depicted as a short, pudgy, Italian plumber who resides in the Mushroom Kingdom, his adventures generally center on rescuing Princess Peach from the Koopa villain Bowser. Mario has access to a variety of power-ups that give him different abilities. Mario's fraternal twin brother and sidekick is Luigi. Mario first appeared as the player character of Donkey Kong (1981), a platform game. Miyamoto wanted to use Popeye as the protagonist, but when he could not achieve the licensing rights, he created Mario instead. Miyamoto expected the character to be unpopular and planned to use him for cameo appearances; originally called "Mr. Video", he was renamed to Mario after Mario Segale. Mario's clothing and characteristics were themed after the setting of Donkey Kong. He then began to star in the Super Mario series of platform games, beginning with the critically acclaimed Super Mario Bros. in 1985. Mario has been voiced by Charles Martinet since 1990. After Super Mario Bros., Mario began to branch off to different genres. These include puzzle games such as Dr. Mario, role-playing games such as Paper Mario and Mario & Luigi, and sports games such as Mario Kart and Mario Tennis. He has appeared in other Nintendo properties, such as in the Super Smash Bros. series of crossover fighting games. Mario has also appeared in various animations, including three series produced by DIC Entertainment, and was portrayed by Bob Hoskins in the 1993 Super Mario Bros. film. Mario is one of the most famous characters in the video game industry and an established pop culture icon. Mario's likeness has appeared in a variety of merchandise, such as clothing and collectible items, and people and places have been nicknamed after him. He has also inspired a considerable amount of unofficial media. With more than 600 million units sold worldwide, the overall Mario franchise is the bestselling video game franchise of all time.