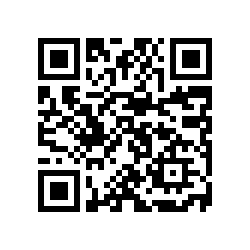 Sofya Vasilyevna Kovalevskaya (Russian: Софья Васильевна Ковалевская), born Korvin-Krukovskaya (15 January [O.S. 3 January] 1850 – 10 February 1891), was a Russian mathematician who made noteworthy contributions to analysis, partial differential equations and mechanics. She was a pioneer for women in mathematics around the world – the first woman to obtain a doctorate (in the modern sense) in mathematics, the first woman appointed to a full professorship in northern Europe and one of the first women to work for a scientific journal as an editor. According to historian of science Ann Hibner Koblitz, Kovalevskaia was "the greatest known woman scientist before the twentieth century".Historian of mathematics Roger Cooke writes: ... the more I reflect on her life and consider the magnitude of her achievements, set against the weight of the obstacles she had to overcome, the more I admire her. For me she has taken on a heroic stature achieved by very few other people in history. To venture, as she did, into academia, a world almost no woman had yet explored, and to be consequently the object of curious scrutiny, while a doubting society looked on, half-expecting her to fail, took tremendous courage and determination. To achieve, as she did, at least two major results of lasting value to scholarship, is evidence of a considerable talent, developed through iron discipline. Her sister was the socialist Anne Jaclard. There are several alternative transliterations of her name. She herself used Sophie Kowalevski (or occasionally Kowalevsky) in her academic publications.