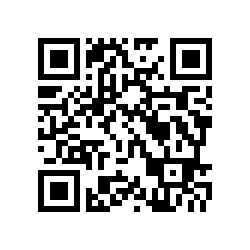 Edward VI (12 October 1537 – 6 July 1553) was the King of England and Ireland from 28 January 1547 until his death in 1553. He was crowned on 20 February at the age of nine. Edward was the son of Henry VIII and Jane Seymour, and England's first monarch to be raised as a Protestant. During his reign, the realm was governed by a regency council because he never reached maturity. The council was first led by his uncle Edward Seymour, 1st Duke of Somerset (1547–1549), and then by John Dudley, 1st Earl of Warwick (1550–1553), who from 1551 was Duke of Northumberland. Edward's reign was marked by economic problems and social unrest that in 1549 erupted into riot and rebellion. An expensive war with Scotland, at first successful, ended with military withdrawal from Scotland and Boulogne-sur-Mer in exchange for peace. The transformation of the Church of England into a recognisably Protestant body also occurred under Edward, who took great interest in religious matters. Although his father, Henry VIII, had severed the link between the Church and Rome, Henry VIII had never permitted the renunciation of Catholic doctrine or ceremony. It was during Edward's reign that Protestantism was established for the first time in England with reforms that included the abolition of clerical celibacy and the Mass, and the imposition of compulsory services in English. In February 1553, at age 15, Edward fell ill. When his sickness was discovered to be terminal, he and his council drew up a "Devise for the Succession", to prevent the country's return to Catholicism. Edward named his first cousin once removed, Lady Jane Grey, as his heir, excluding his half-sisters, Mary and Elizabeth. This decision was disputed following Edward's death, and Jane was deposed by Mary nine days after becoming queen. During her reign, Mary reversed Edward's Protestant reforms, which nonetheless became the basis of the Elizabethan Religious Settlement of 1559.