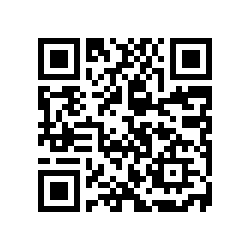 Art Spiegelman (; born Itzhak Avraham ben Zeev Spiegelman on February 15, 1948) is an American cartoonist, editor, and comics advocate best known for his graphic novel Maus. His work as co-editor on the comics magazines Arcade and Raw has been influential, and from 1992 he spent a decade as contributing artist for The New Yorker. He is married to designer and editor Françoise Mouly and is the father of writer Nadja Spiegelman. Spiegelman began his career with the Topps bubblegum card company in the mid-1960s, which was his main financial support for two decades; there he co-created parodic series such as Wacky Packages in the 1960s and the Garbage Pail Kids in the 1980s. He gained prominence in the underground comix scene in the 1970s with short, experimental, and often autobiographical work. A selection of these strips appeared in the collection Breakdowns in 1977, after which Spiegelman turned focus to the book-length Maus, about his relationship with his father, a Holocaust survivor. The postmodern book depicts Germans as cats, Jews as mice, and ethnic Poles as pigs, and took 13 years to create until its completion in 1991. It won a special Pulitzer Prize in 1992 and has gained a reputation as a pivotal work, responsible for bringing scholarly attention to the comics medium. Spiegelman and Mouly edited eleven issues of Raw from 1980 to 1991. The oversized comics and graphics magazine helped introduce talents who became prominent in alternative comics, such as Charles Burns, Chris Ware, and Ben Katchor, and introduced several foreign cartoonists to the English-speaking comics world. Beginning in the 1990s, the couple worked for The New Yorker, which Spiegelman left to work on In the Shadow of No Towers (2004), about his reaction to the September 11 attacks in New York in 2001. Spiegelman advocates for greater comics literacy. As an editor, a teacher at the School of Visual Arts in New York City, and a lecturer, Spiegelman has promoted better understanding of comics and has mentored younger cartoonists.