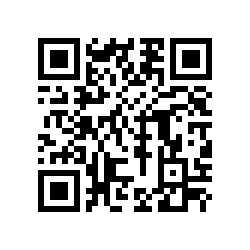 "The Wife of Bath's Tale" (Middle English: The Tale of the Wyf of Bathe) is among the best-known of Geoffrey Chaucer's Canterbury Tales. It provides insight into the role of women in the Late Middle Ages and was probably of interest to Chaucer himself, for the character is one of his most developed ones, with her Prologue twice as long as her Tale. He also goes so far as to describe two sets of clothing for her in his General Prologue. She holds her own among the bickering pilgrims, and evidence in the manuscripts suggests that although she was first assigned a different, plainer tale—perhaps the one told by the Shipman—she received her present tale as her significance increased. She calls herself both Alyson and Alys in the prologue, but to confuse matters these are also the names of her 'gossib' (a close friend or gossip), whom she mentions several times, as well as many female characters throughout The Canterbury Tales. Geoffrey Chaucer wrote The 'Prologue of the Wife of Bath's Tale' during the fourteenth century at a time when the social structure was rapidly evolving while Richard II was in reign; it was not until the late 1380s–mid-1390s when Richard II's subjects started to take notice of how he was leaning toward bad counsel, causing criticism throughout his court. It was evident that changes needed to occur within the traditional hierarchy of King Richard II's ensemble; feminist reading of the tale argues that Chaucer chose to address the change of events that he noticed through "The Prologue of the Wife of Bath's Tale" to illustrate the imbalance of power within the male dominated society. Women were not identified by their social status, but solely by their relations with men rather than being identified by their occupations; a woman was either a maiden, spouse or widow who was only capable of bearing children, cooking and other "women's work".The tale is often regarded as the first of the so-called "marriage group" of tales, which includes the Clerk's, the Merchant's and the Franklin's tales. But some scholars contest this grouping, first proposed by Chaucer scholar Eleanor Prescott Hammond and subsequently elaborated by George Lyman Kittredge, not least because the later tales of Melibee and the Nun's Priest also discuss this theme. A separation between tales that deal with moral issues and ones that deal with magical issues, as the Wife of Bath's does, is favoured by some scholars.The tale is an example of the "loathly lady" motif, the oldest examples of which are the medieval Irish sovereignty myths such as Niall of the Nine Hostages. In the medieval poem The Wedding of Sir Gawain and Dame Ragnelle, Arthur's nephew Gawain goes on a nearly identical quest to discover what women truly want after he errs in a land dispute, although, in contrast, he never stooped to despoliation or plunder, unlike the unnamed knight who raped the woman. By tradition, any knight or noble found guilty of such a transgression (abuse of power), might be stripped of his name, heraldic title and rights, and possibly even executed. George suggests that the Wife's tale may have been written to ease Chaucer's guilty conscience. It is recorded that in 1380 associates of Chaucer stood surety for an amount equal to half his yearly salary for a charge brought by Cecily Champaign for "de rapto", rape or abduction; the same view has been taken of his Legend of Good Women, which Chaucer himself describes as a penance.