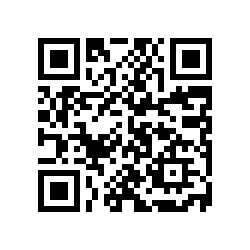 Helicobacter pylori, previously known as Campylobacter pylori, is a gram-negative, microaerophilic, spiral (helical) bacterium usually found in the stomach. Its helical shape (from which the genus name, helicobacter, derives) is thought to have evolved in order to penetrate the mucoid lining of the stomach and thereby establish infection. The bacterium was first identified in 1982 by Australian doctors Barry Marshall and Robin Warren. H. pylori has been associated with lymphomas of the mucosa-associated lymphoid tissue in the stomach, esophagus, colon, rectum, or tissues around the eye (termed extranodal marginal zone B-cell lymphoma of the cited organ), and of lymphoid tissue in the stomach (termed diffuse large B-cell lymphoma).H. pylori infection usually has no symptoms but sometimes causes gastritis (stomach inflammation) or ulcers of the stomach or first part of the small intestine. The infection is also associated with the development of certain cancers occurring in less than 20% of cases. Many investigators have suggested that H. pylori causes or prevents a wide range of other diseases however many of these relationships remain controversial.Some studies suggest that H. pylori plays an important role in the natural stomach ecology, e.g. by influencing the type of bacteria that colonize the gastrointestinal tract. Other studies suggest that non-pathogenic strains of H. pylori may beneficially normalize stomach acid secretion, and regulate appetite.In 2015, it was estimated that over 50% of the world's population had H. pylori in their upper gastrointestinal tracts with this infection (or colonization) being more common in developing countries. In recent decades, however, the prevalence of H. pylori colonization of the gastrointestinal tract has declined in many countries.