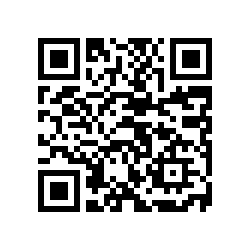 Francis Bacon, 1st Viscount St Alban, (; 22 January 1561 – 9 April 1626), also known as Lord Verulam, was an English philosopher and statesman who served as Attorney General and as Lord Chancellor of England. His works are seen as developing the scientific method and remained influential through the scientific revolution.Bacon has been called the father of empiricism. He argued for the possibility of scientific knowledge based only upon inductive reasoning and careful observation of events in nature. Most importantly, he argued science could be achieved by the use of a sceptical and methodical approach whereby scientists aim to avoid misleading themselves. Although his most specific proposals about such a method, the Baconian method, did not have long-lasting influence, the general idea of the importance and possibility of a sceptical methodology makes Bacon the father of the scientific method. This method was a new rhetorical and theoretical framework for science, whose practical details are still central to debates on science and methodology. Francis Bacon was a patron of libraries and developed a system for cataloguing books under three categories – history, poetry, and philosophy – which could further be divided into specific subjects and subheadings. About books he is credited with saying, "Some books are to be tasted; others swallowed; and some few to be chewed and digested." Bacon was educated at Trinity College, Cambridge, where he rigorously followed the medieval curriculum, largely in Latin. Bacon was the first recipient of the Queen's counsel designation, conferred in 1597 when Elizabeth I of England reserved him as her legal advisor. After the accession of James VI and I in 1603, Bacon was knighted, then created Baron Verulam in 1618 and Viscount St Alban in 1621.He had no heirs and so both titles became extinct on his death in 1626 at the age of 65. He died of pneumonia, with one account by John Aubrey stating that he had contracted it while studying the effects of freezing on meat preservation. He is buried at St Michael's Church, St Albans, Hertfordshire.