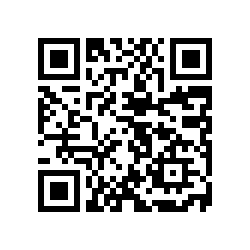 Simone Arianne Biles (born March 14, 1997) is an American artistic gymnast. With a combined total of 32 Olympic and World Championship medals, Biles is tied as the most decorated gymnast of all time. Biles' seven Olympic medals also ties Shannon Miller for the most Olympic medals won by an American gymnast. Biles is considered one of the greatest and most dominant gymnasts of all time.At the 2016 Summer Olympics in Rio de Janeiro, Biles won individual gold medals in the all-around, vault, and floor; bronze on balance beam; and gold as part of the United States team, dubbed the "Final Five". At the 2020 Summer Olympics in Tokyo, she won bronze on balance beam, as well as silver with the United States team, after struggling with "the twisties", a temporary loss of air balance awareness. Her partial withdrawal, focus on safety, mental health, and perseverance were praised. Biles is also a five-time World all-around champion (2013–2015, 2018–2019), five-time World floor exercise champion (2013–2015, 2018–2019), three-time World balance beam champion (2014–2015, 2019), two-time World vault champion (2018–2019), a seven-time United States national all-around champion (2013–2016, 2018–2019, 2021), and a member of the gold medal-winning American teams at the 2014, 2015, 2018, and 2019 World Artistic Gymnastics Championships. Additionally, she is a three-time World silver medalist (2013 and 2014 on vault, 2018 on uneven bars) and a three-time World bronze medalist (2015 on vault, 2013 and 2018 on balance beam). Biles is the gymnast with the most World medals (25) and most World gold medals (19), having surpassed Vitaly Scherbo's record 23 World medals by winning her 24th and 25th, both gold, at the 2019 competition in Stuttgart. She is the female gymnast with the most World all-around titles (5). Biles is the sixth woman to win an individual all-around title at both the World Championships and the Olympics, and the first gymnast since Lilia Podkopayeva in 1996 to hold both titles simultaneously. She is the tenth female gymnast and first American female gymnast to win a World medal on every event, and the first female gymnast since Daniela Silivaș in 1988 to win a medal on every event at a single Olympic Games or World Championships, having accomplished this feat at the 2018 World Championships in Doha.