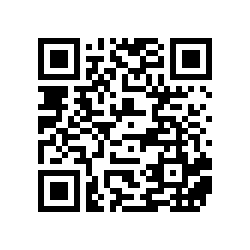 Rachel Karen Green is a fictional character, one of the six main characters who appeared in the American sitcom Friends. Portrayed by Jennifer Aniston, the character was created by David Crane and Marta Kauffman, and appeared in all of the show's 236 episodes during its decade-long run, from its premiere on September 22, 1994, to its finale on May 6, 2004. Introduced in the show's pilot as a naïve runaway bride who reunites with her childhood best friend Monica Geller and relocates to New York City, Rachel gradually evolves from a spoiled, inexperienced "daddy's girl" into a successful businesswoman. During the show's second season, the character becomes romantically involved with Monica's brother, Ross, with whom she maintains a complicated on-off relationship throughout the series. Together, Ross and Rachel have a daughter, Emma. The role of Rachel was originally offered to Téa Leoni, the producer's first choice, and Courteney Cox, both of whom declined, Leoni in favor of starring in the sitcom The Naked Truth, and Cox in favor of playing Rachel's best friend Monica in Friends. A virtually unknown actress at the time, who had previously starred in five short-lived sitcoms, Aniston auditioned for the role of Rachel after turning down an offer as a cast member on the sketch comedy show Saturday Night Live. After acquiring the role and before Friends aired, Aniston was temporarily at risk of being recast because she had also been involved with another sitcom, Muddling Through, at the time, which was ultimately cancelled and allowed Aniston to remain on Friends. Critical reception towards Rachel has remained consistently positive throughout Friends' decade-long run, with The A.V. Club attributing much of the show's early success to the character. However, some of her storylines have been criticized, specifically her romantic relationship with her friend Joey Tribbiani during season 10. Rachel's popularity established her as the show's breakout character, who has since been named one of the greatest television characters of all time, while the character's second season haircut spawned an international phenomenon of its own. Named the "Rachel" after her, the character's shag continues to be imitated by millions of women around the world and remains one of the most popular hairstyles in history, in spite of Aniston personally disliking it. Rachel is also regarded as a style icon due to her influence on womenswear during the 1990s. Meanwhile, the character's relationship with Ross is often cited among television's most beloved. Rachel is considered to be Aniston's breakout role, credited with making her the show's most famous cast member and for spawning her successful film career. Praised for her performance as Rachel, Aniston won both an Emmy Award for Outstanding Lead Actress in a Comedy Series and a Golden Globe Award for Best Performance by an Actress In A Television Series – Comedy Or Musical.