Design PlayMobil merchandise based on an individual being studied

Playmobil were recently in the news after they launched a play figure of Martin Luther, the German Protestant Reformer, complete with quill and vernacular bible. He really does look quite superb:

This got me thinking about a possible lesson idea based on getting students to design their own PlayMobil figure of an individual they have been studying. Students could be asked to consider such things as

With revision time coming up, I plan to use this idea with my own students, perhaps getting them to design figures and associated merchandise for:

Case Study: The Rise of Hitler

My students are currently studying the reasons Hitler was appointed as Chancellor of Germany in 1933. In terms of ‘Nazi strengths’ I wanted to get them away from focusing purely on Hilter’s own talents and contributions. To do this, I gave students different members of the Nazi party to consider, and asked them to produce a ‘Playmobil concept’ highlighting the essential contribution of that individual to Hitler’s rise.

It is very important to insist that students annotate their diagram with detailed explanations about what the different features of the concept symbolise. Some of the work handed in to me by my own students was detailed and carefully executed, but without sufficient historical detail to make it educationally worthwhile as a revision aid.

I found the following image on the web (original source unknown) which could be used as a template:

Here is a great video shared by @history_mrs on Twitter:

And here are some fantastic examples with a ‘medicine through time’ theme from the students of Hannah Johnston (@MissHannahHist). 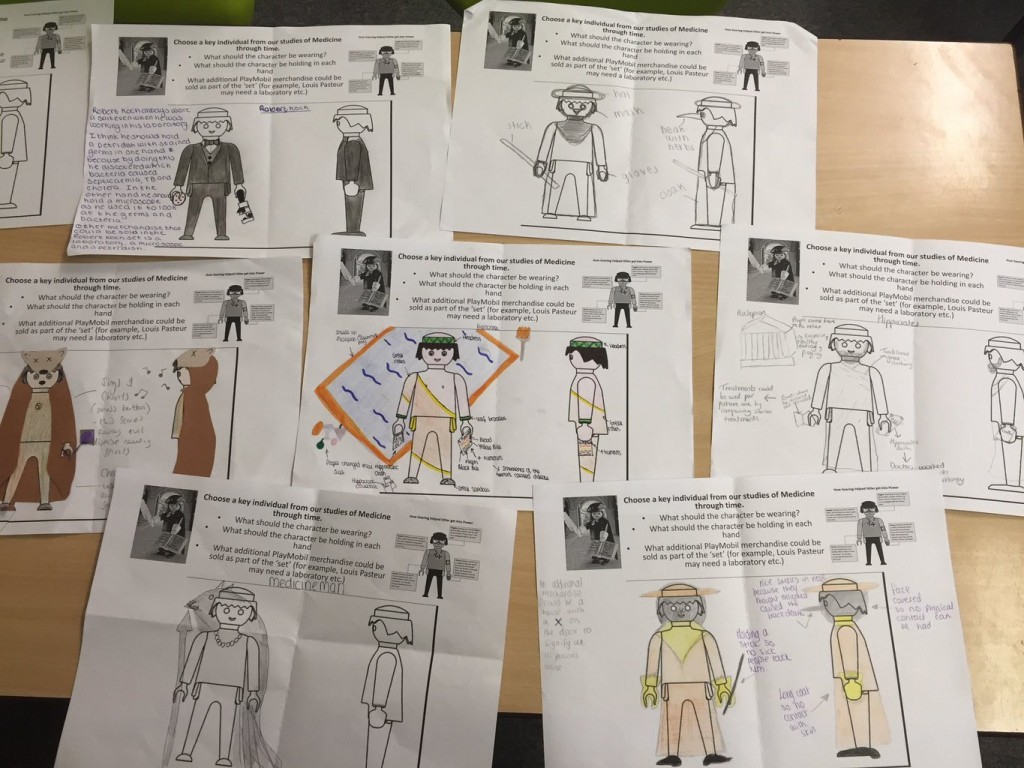