Using “relationship webs” to map change and continuity over time 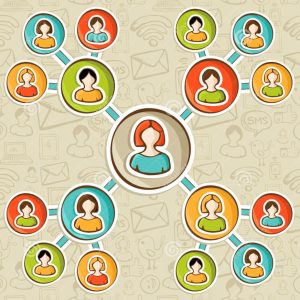 Charting the changing relationship between nations and individuals over time is an important part of identifying key turning points as well as highlighting essential continuities. A relationship web is an accessible and visually engaging way of doing so.

Case study: the causes of World War One

Understanding the complexity of international relations, and the development of the alliance system, is central to a study of the origins of World War One. To do this, provide students with a detailed timeline of key events focusing on essential turning points in the relationships between the major powers of Europe. To the right of each event is a simple summary of the six main countries under consideration: (B)ritain, (R)ussia, (F)rance, (G)ermany, (I)taly and (A)ustria-Hungary. For example, the first event might look like this:

Students should then move on to the next event in the timeline and consider what needs to be adjusted in the new diagram to take account of what has changed. This is an important point: the new diagram should represent an evolution of the previous one, and not merely the particular event described in the new timeline entry.

This process continues for the remaining events, thereby showing the changing pattern of friendships and enmities in the diagram to the right of each part of the story. At the end of the process, students can be invited to consider the most important turning points in the story and who or what was most responsible for Germany’s feeling of ‘encirclement’ by 1914.

Students could take their completed work and convert it into a map-based version, which would highlight still more clearly Germany’s anxiety about ‘encirclement’ by 1914. Some students might even want to convert their work into an animation.

The relationship web approach can be used to chart changing relationships between countries in any tumultous period of history: from sixteenth-century Reformation Europe to international relations between the two world wars. However, it can also be used in different contexts – for example topics dealing with the rise and decline of Empires, or the development of the European integration movement.

The method can also be used to chart relationships between individuals as well as countries. To develop the case study provided here, students could look at how the run-up and events of the First World War created tensions within the British government (between figures like Grey, Asquith, Lloyd George and Churchill). Similarly, factions in the Tudor court, power struggles within Nazi Germany and the machinations of Stalin during his rise to power could be powerfully illustrated through the approach.