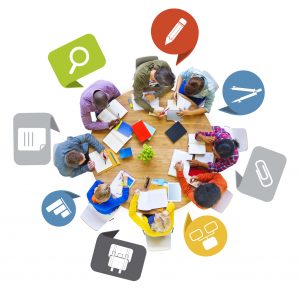 Classroom “discussions” can easily end up as “teacher-talk” with occasional student input. The “Socratic Seminar” method is designed to put students in control, push teachers to the side, and establish a format where everyone has a chance to have their say in a discussion which generates its own momentum and produces its own unique insights which might not otherwise have emerged.

Stage 1: Set the initial reading / viewing as a homework exercise

The first step is to set an initial research task as a homework exercise, along with questions for discussion, so that the students will turn up for the session ready to contribute to discussion. For example, I recently set a viewing of “Dr Strangelove” as a homework task for my IB Historians as part of their Cold War studies, along with some questions for consideration, namely:

1. Did you think that President Muffley, as portrayed in the movie, provided good leadership? (TIP: Consider what defines good leadership, and whether he could have done anything better)
2. In real life, to what degree is nationalism a positive rather than a negative force in the development of society? (TIP: Define nationalism, and consider ways in which it differs, if at all, from xenophobia)
3. The film was criticised by one reviewer for its implication that all figures at the top of the command chain are stupid, insane, psychopathic and / or megalomaniacs. In your opinion, to what extent is this criticism valid? (TIP: Consider whether, by definition, people in positions of ultimate authority must be a little odd. Consider too whether this is true for all the characters in the film)
4. Do you think the humour in the film underscores, or undermines, the serious message of the film? (TIP: Refer to a specific incident of humour in the film and to clarify the point being made)
5. It is currently estimated that Russia has 1800 operational nuclear weapons. The U.S. has more than 2000. France has 290 and the United Kingdom has 160. India, Pakistan and North Korea claim to have nuclear weapons as well. Israel denies that it has any, but most people believe that it has more than 100 nuclear bombs.
a. Based on the lessons of history, and on the conclusions we can draw from the film, what can therefore be done about preventing the ongoing threat of nuclear holocaust? (TIP: Try to find out what attempts have been made by politicians since 1945 to address this issue so that you have a specific proposal to share)
b. Given the ongoing and very real threat of nuclear holocaust, why – and with what degree of justification – do you think that European society today seems much more obsessed with issues of climate change as the most pressing threat to civilisation?

The seminar itself proceeds in the following manner.

Students have already been given a reading or an issue to think about before the session, and a series of questions to consider about it (Stage 1).

The class should arrange itself into something approximating a circle.

One student will be appointed as class moderator. This student run the classroom, interject in discussions, and keep track of each student’s participation.

Each student should be prepared to answer the questions that formed the homework task.

The student moderator will begin by posing the first question to the class. Anyone willing to answer should raise their hand. Nobody can speak unless called upon to do so by the moderator. The moderator should never call on a student for a 2nd time before recognizing another student for the 1st time (this ensures that all students’ opinions may be heard).

Students should aim to respond to points raised by other people so that the tone of the meeting becomes more of a conversation than simply a series of isolated contributions. The moderator can facilitate this by using questions like “Has anyone got any questions for X based on what they just said? Does everyone agree with X? Would anyone like to take the point made by X any further? Does anyone have any evidence that they think supports or challenges this viewpoint?”. The moderator should also encourage contributors to explain and substantiate their points more clearly if this is necessary, but should refrain from giving opinions of their own.

Students may ask one of their own questions when if allowed to do so by the moderator if discussion over the previous question has faded off and / or if the moderator allows it.

To keep the discussion centred on the students, the teacher may only take part in discussion to clear up a factual point or to contribute an additional question. The teacher can also pass notes to the moderator to give them advice and prompts to keep things moving if necessary. The teacher should refrain from offering any personal opinions or answers to any of the questions.

Students may or may not take notes as the discussion proceeds and develop their earlier answers after the session with any fresh perspectives provided by other students. 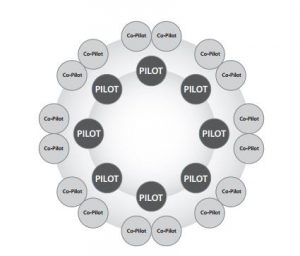