Developing a true sense of community is a crucial yet challenging task for any school. At my school, we gave serious thought about the best way to produce a school Mission Statement that the whole community – students, staff and parents alike – could formulate and therefore support. Our decision was to take the entire school off-timetable for half a day. During this time we engaged in a series of stimulating activities to get everyone thinking about the sort of school we are and want to be. The result was a wealth of ideas and an initial mission statement that has given us an exciting sense of focus and direction for the new school year.

We began the day with a short school assembly that outlined the importance of framing a mission statement and provided an overview of the main steps to be taken. The first of these steps involved tutor groups meeting in their form classrooms for forty minutes with a teacher acting as the chairperson. For fifteen minutes, students brainstormed the question “What are the essential features of an excellent school?”. They did this silently as individuals, and then discussed ideas in small groups, before the teacher started listing ideas on the board. We found it particularly useful to encourage older students especially to think in terms of both objectives and methods by phrasing these ideas in the form “A good school aims to [do X] by [doing Y]”. For a further ten minutes, the class was given the challenging of reducing these ideas down to a ‘wish list’ of just nine points. We helped students do this by asking questions like “Are some of these ideas repeated on the board?” (in which case, we wiped one of them off and rephrased the remaining one as needed) and “can some of these ideas be categorised under a bigger heading?”. Finally, each student was given a copy of a “Diamond 9” template on A4 paper and arranged the nine ideas now agreed upon from the most important (at the top) to the least important (at the bottom). 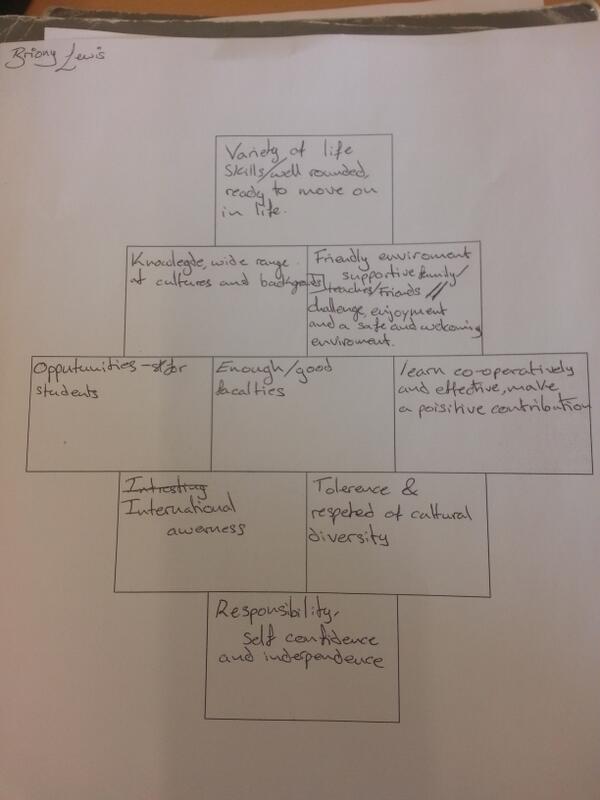 The second stage of the event, lasting for one hour, involved turning these ideas into an actual mission statement. Students moved to different classrooms, taking their completed sheet of prioritised ideas with them. Rather than form groups, these new classes consisted of students of different ages that had been decided in advance and announced during the morning assembly. At this stage too, the teachers sat to one side of the rooms and a prefect chaired the discussion. In small groups, students started by comparing their diamond 9 diagrams to identify the most popular ideas that were starting to appear across the school. The prefect then asked each group in turn to contribute what appeared to be a popular idea until a list was built up on the board. This process lasted about fifteen minutes, after which the prefect provided each group with some examples of mission statements from other schools. This led to a fresh round of discussion as we considered whether these materials anticipated our own ideas, or whether there were fresh ideas in these that we wanted to include. Finally, in the remaining twenty minutes each group in the room framed their own mission statement on a piece of A3 paper in jumbo pen based on their ideas, and then stuck these up on the outside of their classroom door to share with the rest of the school. 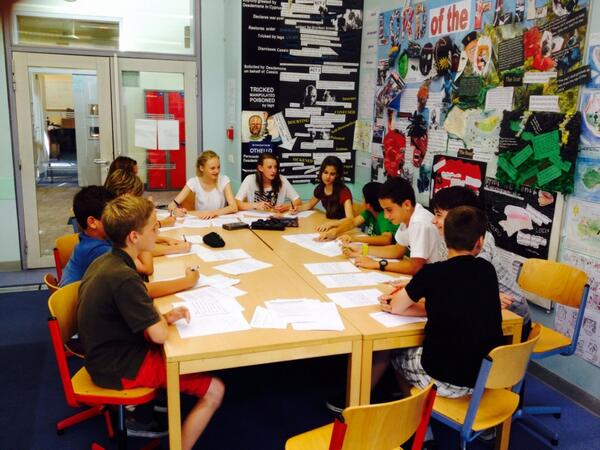 The final stage of the event, which took place after break time, enabled the whole school to share their ideas and vote on the most popular mission statement that had been produced. For twenty minutes, each group of students was guided around the school by their prefect and teacher to read the different mission statements and decide upon their favourite. At the end of this allocated time, students worked individually to choose their favourite mission statement and stand next to it. Prefects added up the votes for each statement and handed these to the teachers in charge. We then ended, as we started, with a short school assembly in which the prefects shared some of the suggested additions to our own version of the IB Learner Profile (ideas such as ‘hard-working’ and ‘creative’ were particularly popular). The mission statement from the group that gained the most votes was announced and then read out by one of its younger authors. 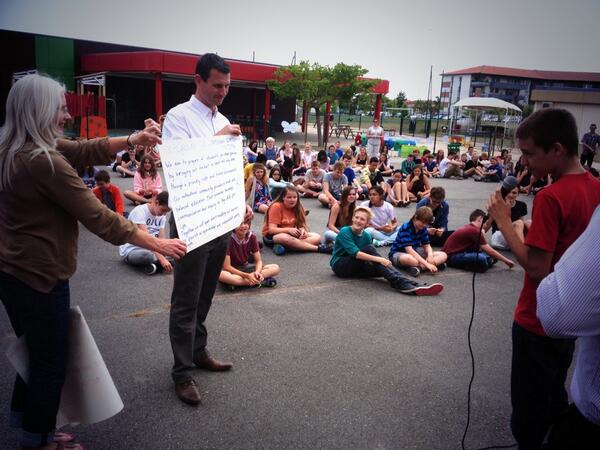 A picture gallery of the Mission Statement Morning at the IST, June 2014