For an introduction to the Escape Room format and how it can be used in the classroom, please consult this earlier blogpost.

This post is designed to be read alongside its partner post: “Educational Escape Rooms: Case Study 2 – smaller groups / older students“ 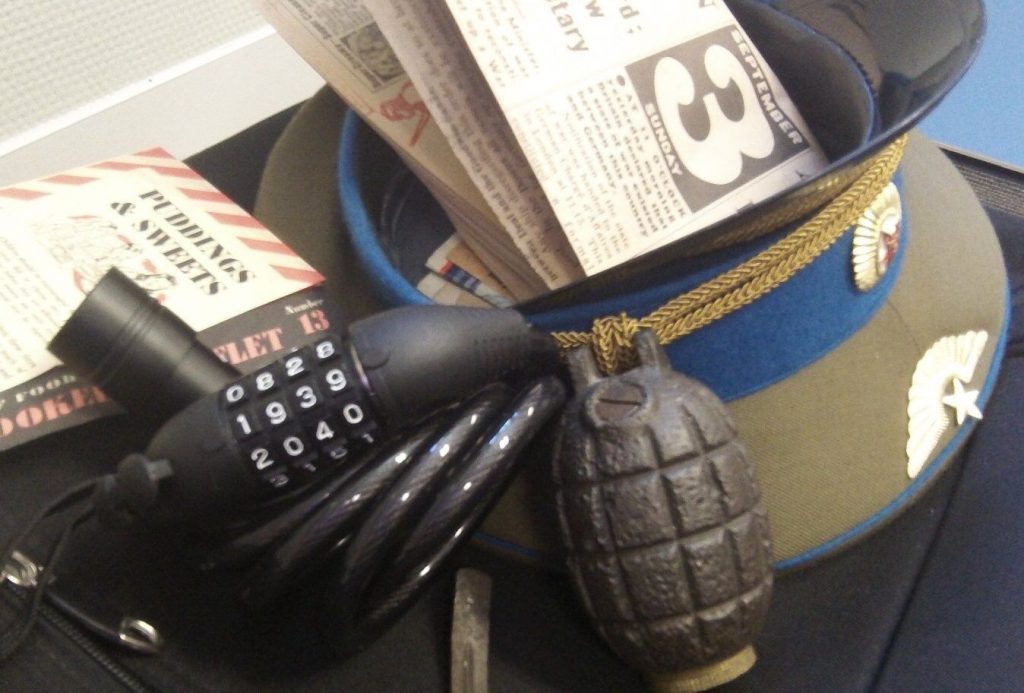 In the following case study, to successfully “escape”, students have to complete two main stages: 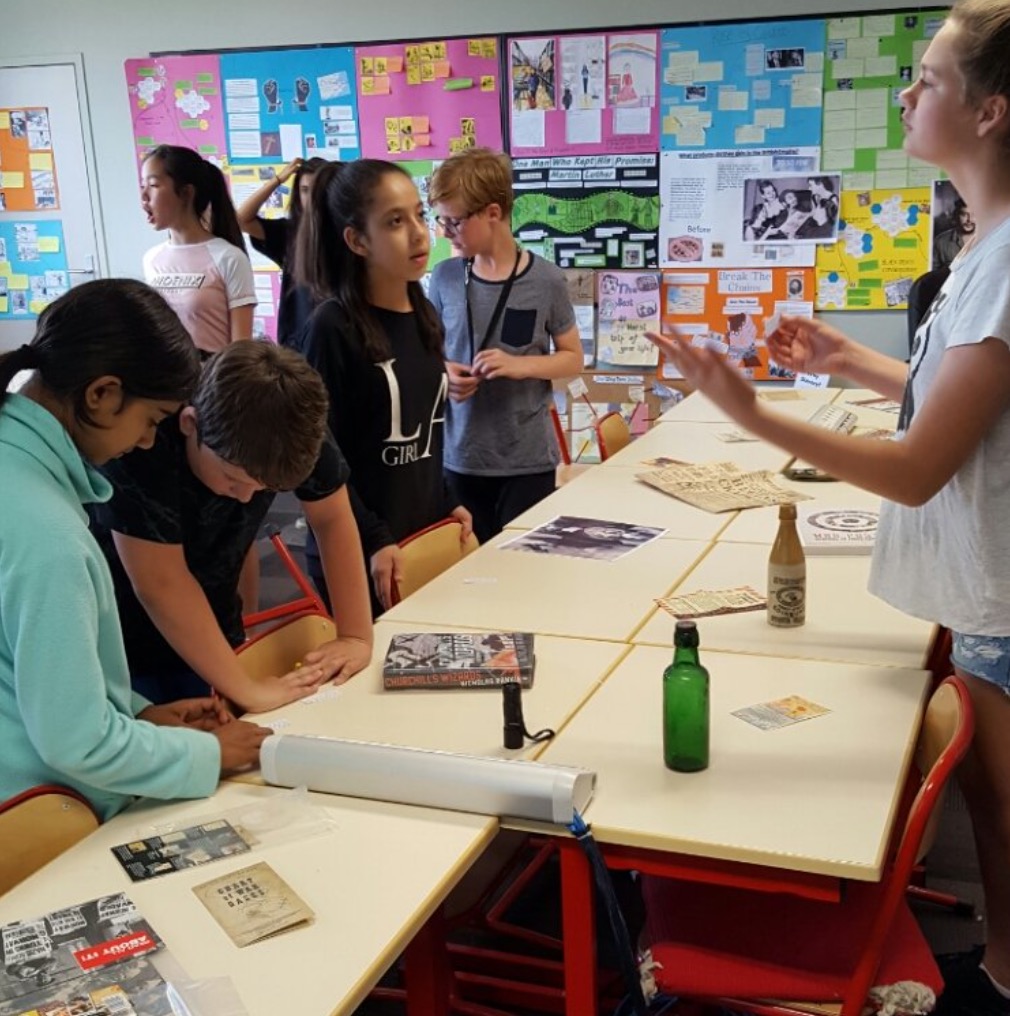 Sample missions (note: sources were drawn from some WW2 memorabilia packs I bought from Amazon)

“It is 1945. Nazi Germany is on the verge of defeat after being invaded by the Russian forces from the East, and Allied forces from the West. You are a group of top-secret codebreakers at Bletchley Park, England. Thanks to you the Enigma codes of the Nazi high command were broken. However, our celebrations have been cut short because we have received an anonymous phone call that a nuclear bomb has been planted in our operations room by an enemy spy who has locked all escape routes. The caller is a double agent who was pretending to help this spy with their evil work. He is keen to help you escape but had to hide clues in the room so as not to blow his own cover. The bomb is locked in a suitcase in the centre of the room. Your job is to crack the code of the lock so you can open the case and defuse the bomb. It has been placed on a timer, leaving you only 45 minutes”

“You will have to locate ten missions. Each time you locate a mission, alert the teacher so it can be read out to the group. Similarly, each time you complete a mission, alert your teacher. Your teacher will  read out the question, the answer, and then the next timeline event slip will be read out and given to the class on paper. When ALL of the missions are completed, the final event in the completed timeline will provide you with what you need to unlock the case. Good luck!”

In this example, each timeline slip contains within it one number in the corner. The final timeline slip says which timeline events (e.g. 1st, 3rd, 5th, 7th) contain the numbers for the combination lock.

D. Some suggestion hiding places for missions (and hints about how to find them)