russeltarr
7th February 2015
Gamification of testing and revision, Other games and strategies guess

“Guess Who?” as a meaningful revision game

The popular “Guess Who?” game involves players trying to identify which person’s face has been selected by their opponent through a process of elimination by asking a series of closed questions (“Is your person male?”, “Is your person smiling?” and so on).

This approach can easily be adopted as a classroom game, but the danger is that students merely learn about the facial features of the characters in question, which is a rather pointless exercise! With this in mind, demand that the students instead ask questions unrelated to appearance but instead focusing on life, career and significance, using a set of cards to help them.

In this example here, produced by one of my students as a ‘choose your own homework’ outcome on the abolitionist movement, players are provided with a set of cards about the faces used in the game. They are given time to read these carefully and formulate their questions appropriately, thereby learning about the key characters in the process. 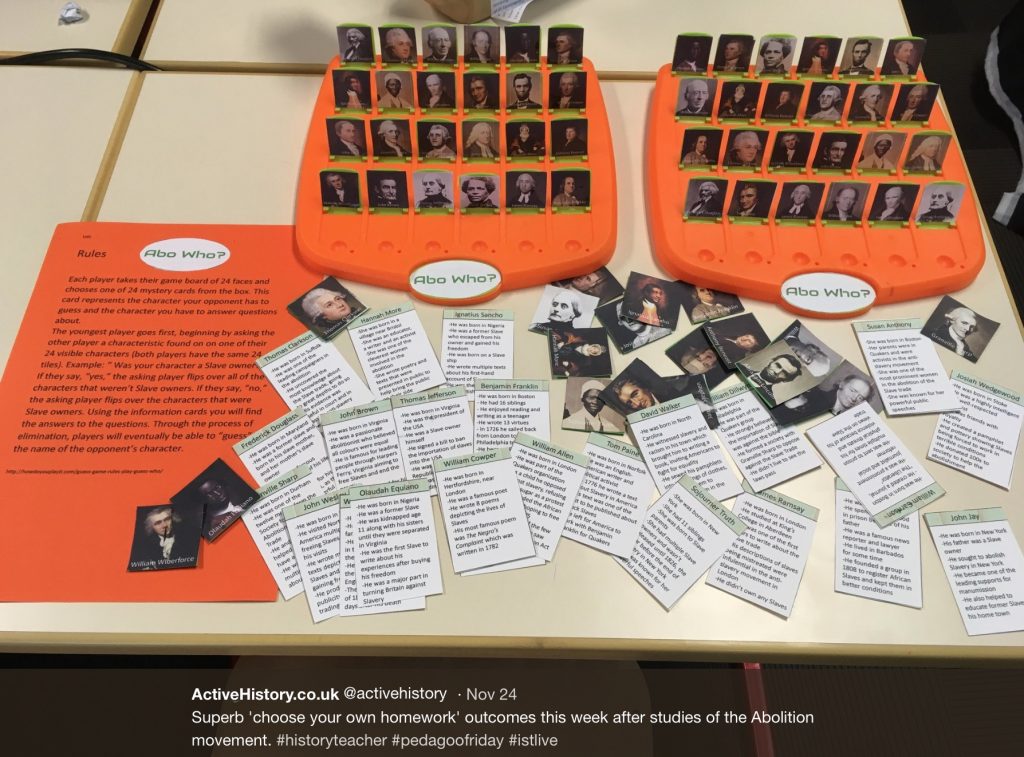 “Guess who?” could become “Guess what / where / when?”, with the focus being on associated objects, places and events.

Following several rounds of the game, the process of categorisation that students will have completed could be consolidated by producing a decision tree of the main characters.