Using “Character Cards” to understand the motives/actions of key individuals

Providing each student with a character card as part of a historical study provides a great way of engaging the class with the role and motives of individuals and the nature and impact of change and continuity.

Method 1: Using “before” role cards to anticipate how key characters will react to circumstances

Before studying a key moment or event in history, it’s a great idea to give the class a list of the main characters involved and encourage students to consider such things as what they might believe, say and do (or what they anticipate they will gain or lose) as the story unfolds. These can be set up as role-play presentations or dialogues.

After this task has been considered and completed, students can then study the event in question with a much sharper focus and interest in how different people and groups were involved, and be much more engaged in discussing such things as who had the most interesting / effective / surprising reactions, whose beliefs changed the most, whose reputation was enhanced or tarnished, or whatever other issues are pertinent for the topic in question.

When studying the desegregation of American schools in the 1950s, the case of Little Rock in Arkansas is an essential case study. In 1957, nine black students were enrolled in the school, and all hell broke loose.

After doing the necessary background reading which enabled me to identify the key characters and how they fitted into the story, I was able to provide each of my students with a different role corresponding to different key characters involved, as follows: 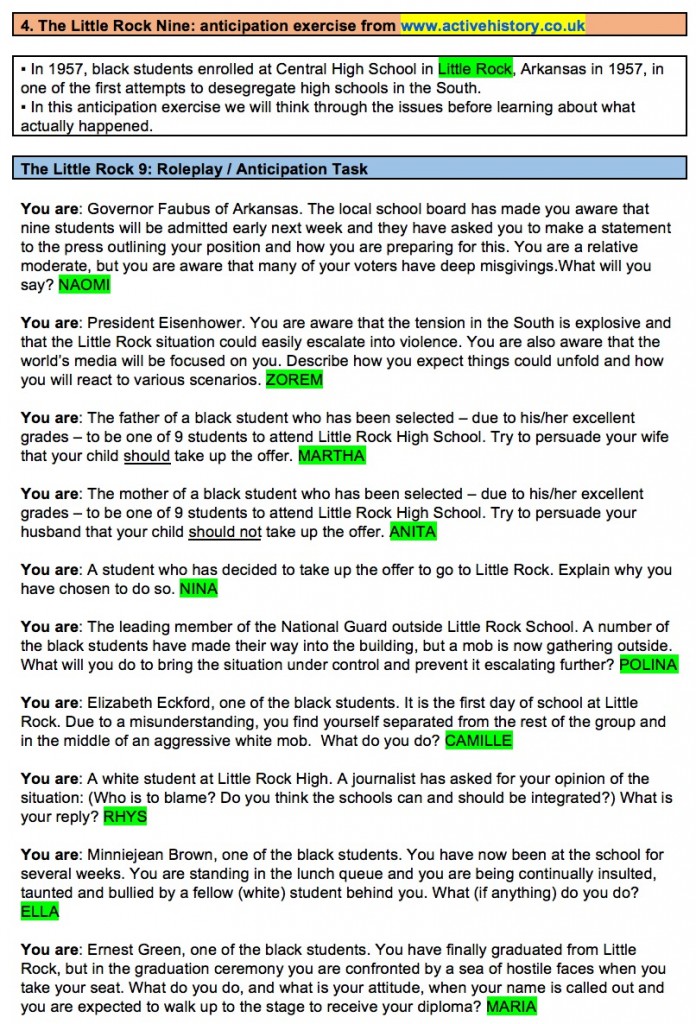 Role cards for a study of the “Little Rock Nine”

After students had delivered their presentations and we had discussed issues arising, they then watched the extract from the classic “Eyes on the Prize” TV documentary to make notes on how events actually unfolded and how each character actually reacted and was affected. By speculating and anticipating in advance, students were much more interested and much more engaged in the discussion that followed (“Do the cases of Minnijean Brown, Ernest Green and Melba Petillo suggest that the Little Rock campaign was regarded as successful by the children involved?”, “How effectively did you think (a) President Eisenhower and (b) Governor Faubus dealt with the situation at Little Rock?” and so on).

Method 2: Using “before” AND “after” role cards to study the nature and impact of change and continuity

Step 1: At the start of the unit

One simple way to use role cards in the classroom is to produce pairs of cards for key individuals from different walks of life. The “before” card is provided to each student at the outset of a dramatic period of study (for example, Nazi Germany 1933-39, World War One 1914-1918, The Black Death 1347-1350). This first card outlines, in a first-person narrative, such things as his/her situation, beliefs, hopes and concerns at the start of the period.

The first student reads out their character card, and the rest of the class notes down whether the character appears to be doing well in the current circumstances, and whether they are hopeful for the future. Based on the answers to these questions, the name of the character is then placed into a matrix grid based on these two criteria (or a debate takes place about where they should be placed using a game of ‘Interpretation Battleships‘).

The process is then repeated for the remaining characters, and then students are given time to use the completed matrix grid to reflect on the overall situation on the eve of the event or period in question.

Step 2: At the end of the unit

At the end of the study, each student is provided with the “after” card for their character, which outlines how the character’s life and outlook has been affected over the course of the period in question. For example, some people will have become more optimistic; some more pessimistic; some will have found their situation has improved, got worse, or stayed the same; some will find that their attitudes on key issues will have changed. General conclusions and comparisons can then be drawn and key questions can start to be addressed (“To what extent did World War One lead to a social revolution?”, “Who gained, and who lost, from Hitler’s rule in Germany before World War Two?”).

Taking it even further…

Some topics benefit from having three cards, not two. A good example is Nazi Germany, where students are often called upon to compare the period before World War Two to the period during it. In this case, one card from the perspective of 1933 (the moment Hitler becomes Chancellor), of from 1939 (on the eve of the outbreak of War) and one from 1945 (at the very end of the war) is particularly worthwhile. Each character could then be plotted along a ‘Living Graph‘ consisting of three key dates.

A particularly effective technique is to write each character card in the form of a section of dialogue, and then each student has to find the other person or people in their group and reconstruct it into the correct order before reading it out to the rest of the class. This approach is described most clearly by Ian Dawson – @BearWithOneEar – in his excellent activity “Black Death comes to Allton“.

Making it even simpler…

At the simplest level, groups of students could be provided with the entire pack of ‘before’ and ‘after’ cards for all the characters at once. They then merely have to match the pairs of cards together, and proceed as before to identify the most notable evidence of change and continuity and draw some conclusions about which types of people were particularly strongly affected in terms of their situation and outlook. For example, here are some ‘before and after’ cards I produced for study of World War One.

Another approach is to get the students to produce the cards themselves. In a recent unit on the McCarthyite Witch Hunts in America after World War Two, for example, my own students produced a school exhibition complete with activities for visitors: one of these activities, drawing on the World War One character cards I produced after a Battlefields Trip, involved challenging visitors to match a ‘before’ card they were given about a particular individual to the ‘after’ card which explained how McCarthyism affected their lives and families: 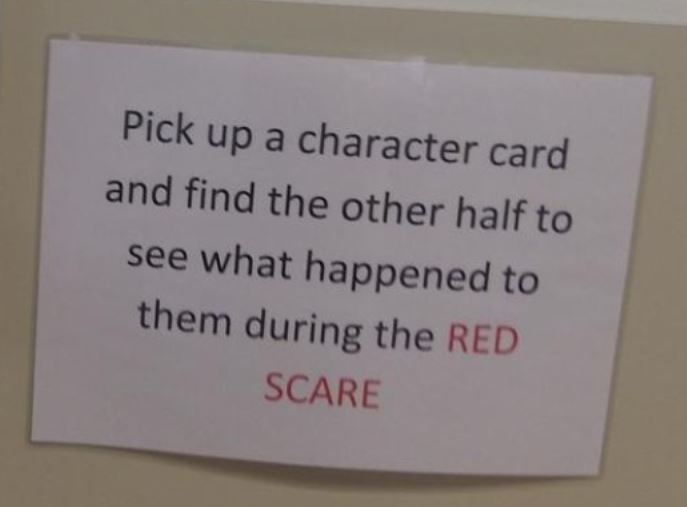 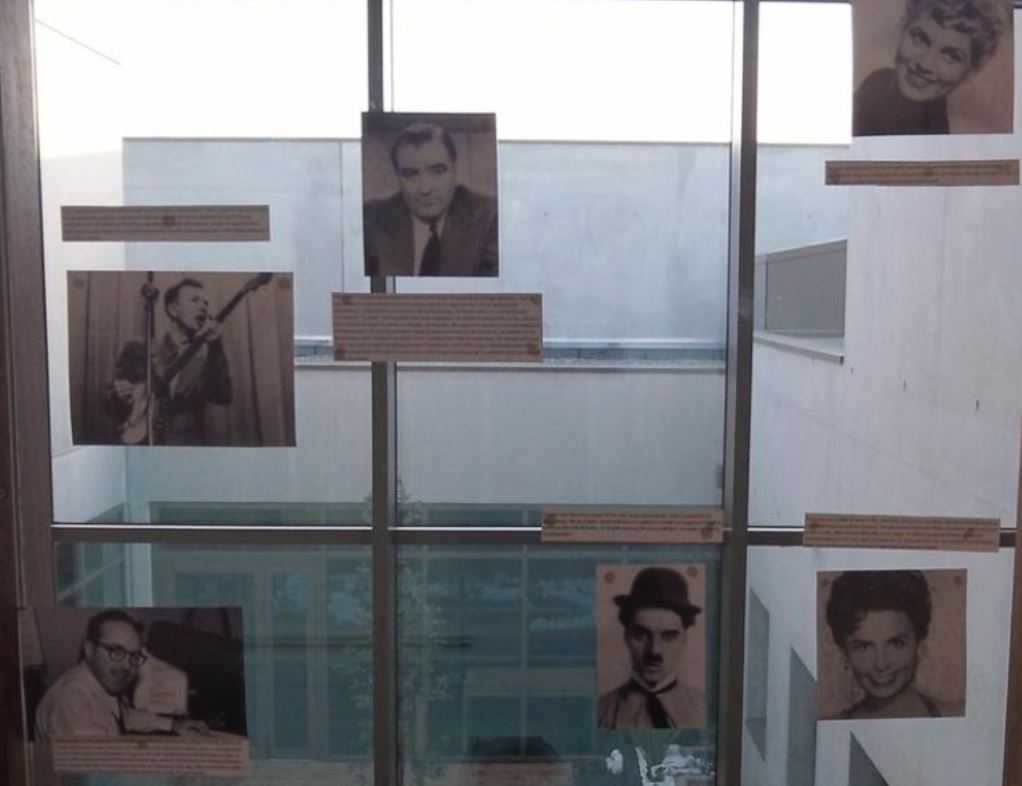