When requiring students to spot connections and contrasts between different groups and invididuals, challenge them to present their findings in the form of a ‘crime board’ complete with photographs, written sources, string and post-it notes providing explanations.

As part of our investigation into why the anti-Apartheid movement failed to achieve its objectives by 1964, one factor we evaluate is the divisions between and within the various groups involved. The PAC split from the ANC over the issue of how far the movement should co-operate with white activists, and both of these two movements in turn split again over the legitimacy of violent action: with Mandela and the MK adopting a programme of sabotage against property, with Leballo and POQO going even further by sponsoring assassinations of their opponents. The whole picture is complexified further by the existence of a whole range of other groups based around different races, economic and political interests.

One way of drawing together these various similarities and differences is through a decision tree, with a series of questions guiding the reader towards the group they most closely identify with (answering “yes” to “Do you think the movement would be strengthened by being multi racial?” would push them towards the ANC rather than PAC, for example; the next question might then ask “Do you support sabotage as a strategy?” would decide if they then joined MK, its armed wing led by Nelson Mandela). 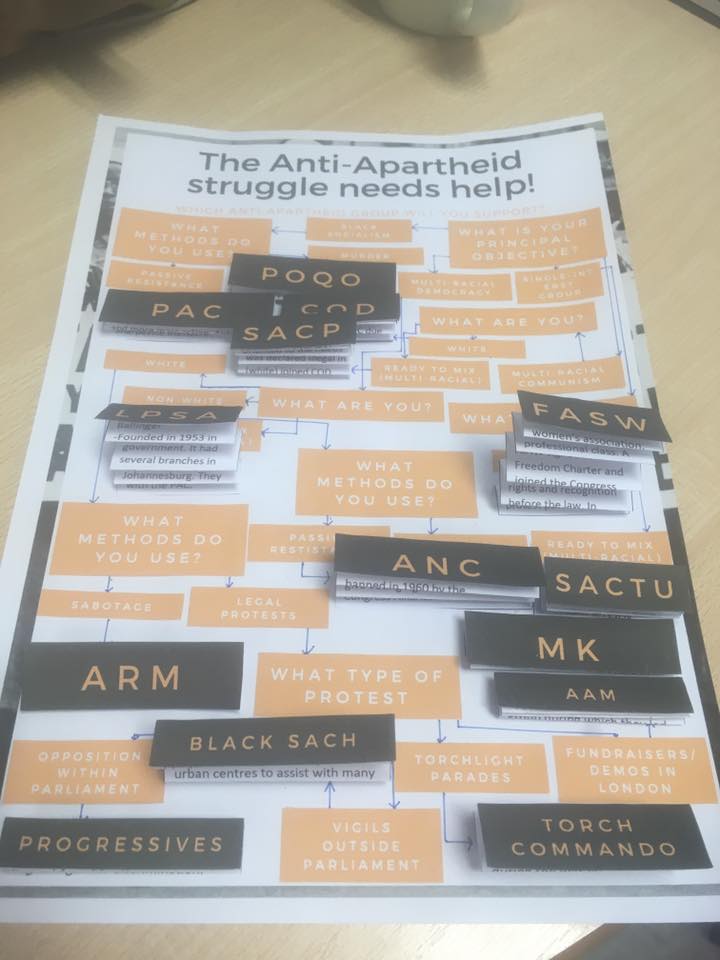 Another approach I suggested to students as part of a ‘choose your homework‘ approach was to produce a crime board. We established a scenario to start with: it is 1960, Prime Minister Verwoerd has just suffered an assassination attempt, and we as the police are trying to get to the bottom of who might be responsible. 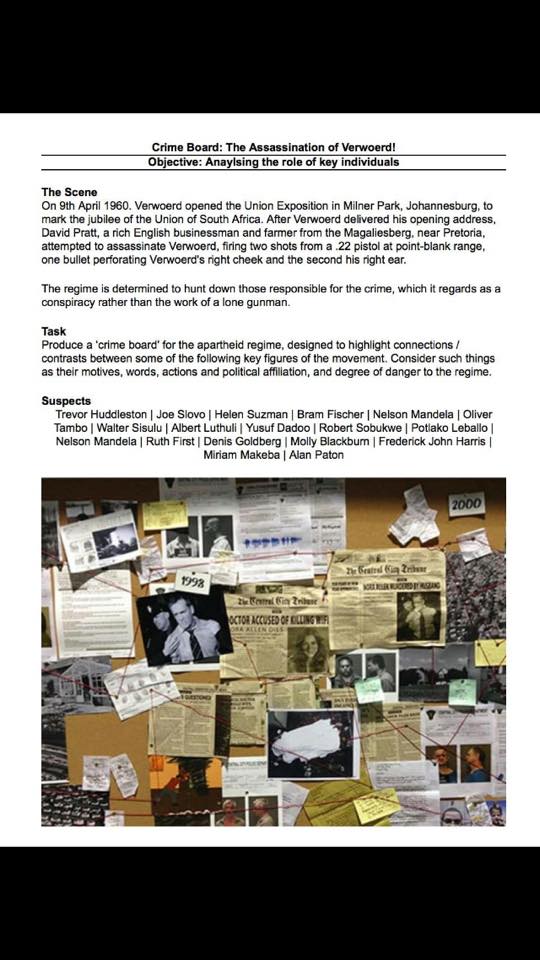 Starting with a range of photographs of key campaigners and primary sources including speeches and pamphlets, students then started organising them into meaningful categories, spotting connections between them using string, then explaining these connections using post-it notes. They then used their completed work as the basis of an answer to the question “Compare and contrast the aims and methods of anti-apartheid campaigners before 1964”. 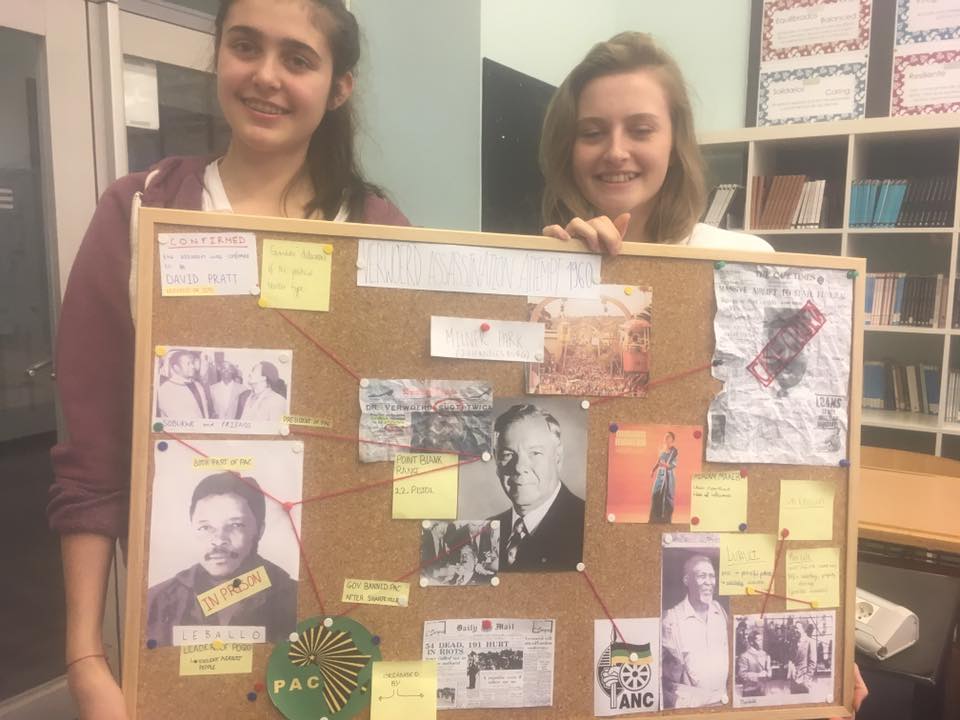 Here are several more produced by my students to reach conclusions on the identity of Jack the Ripper: 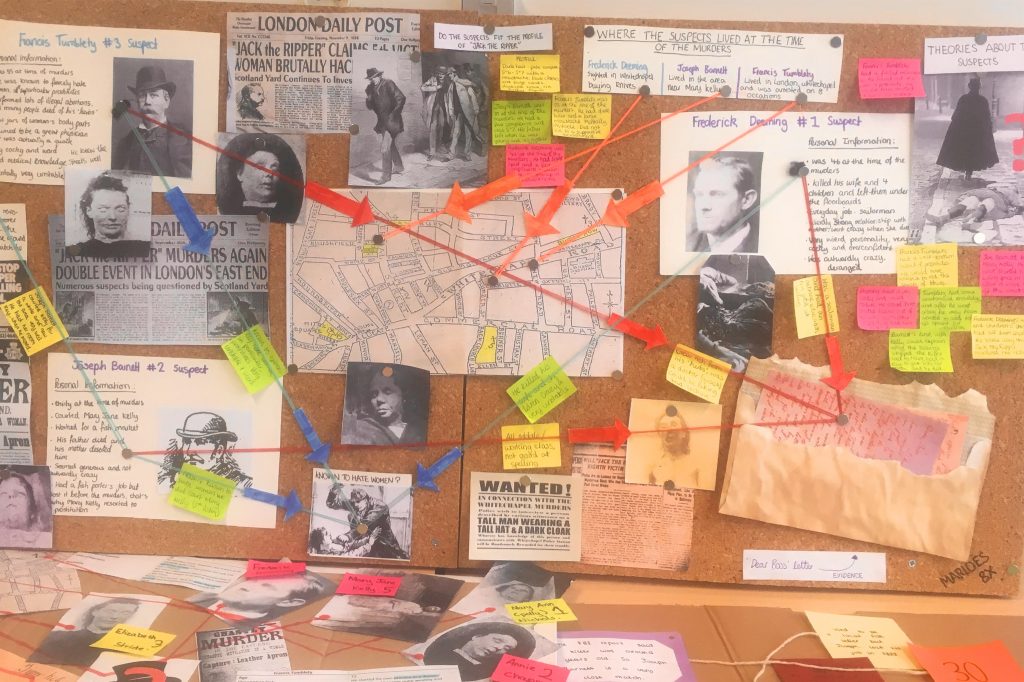 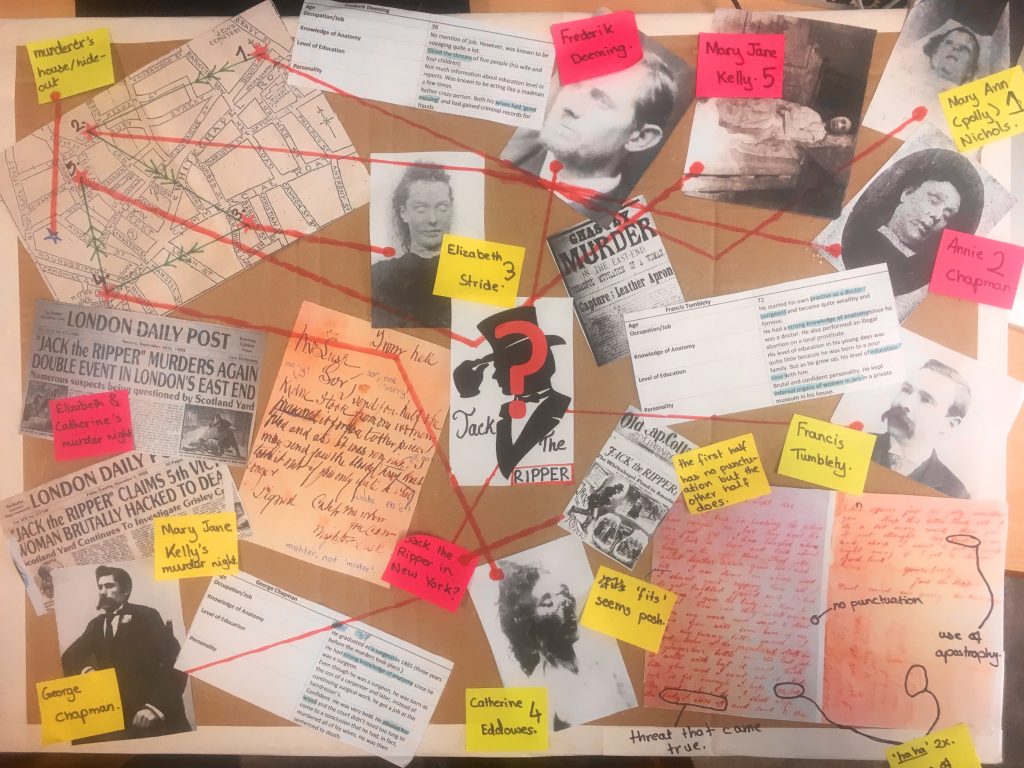 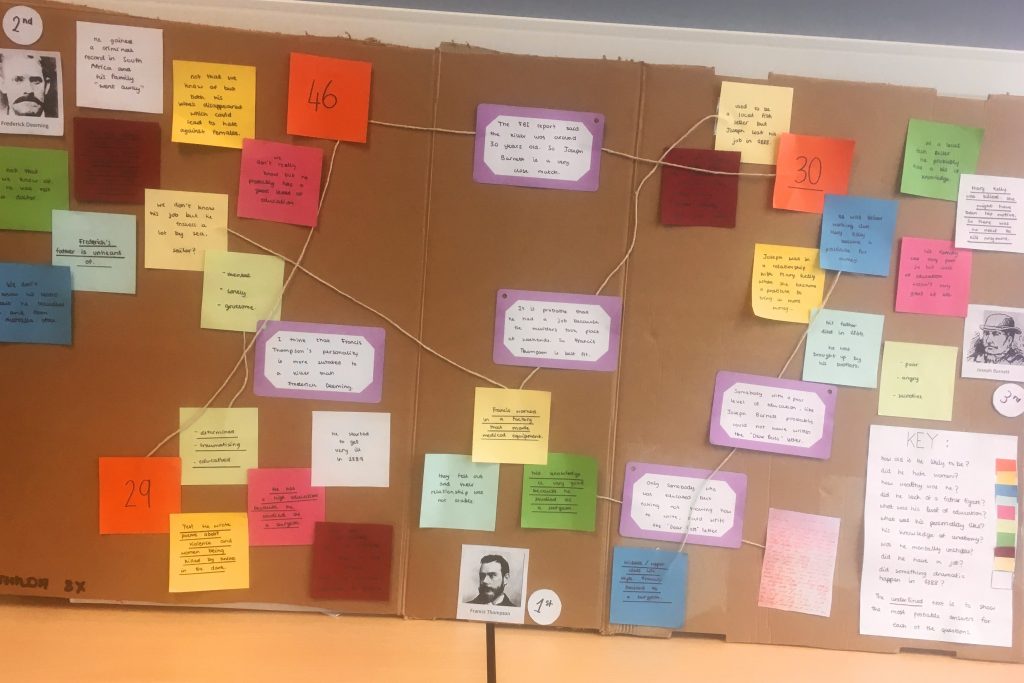 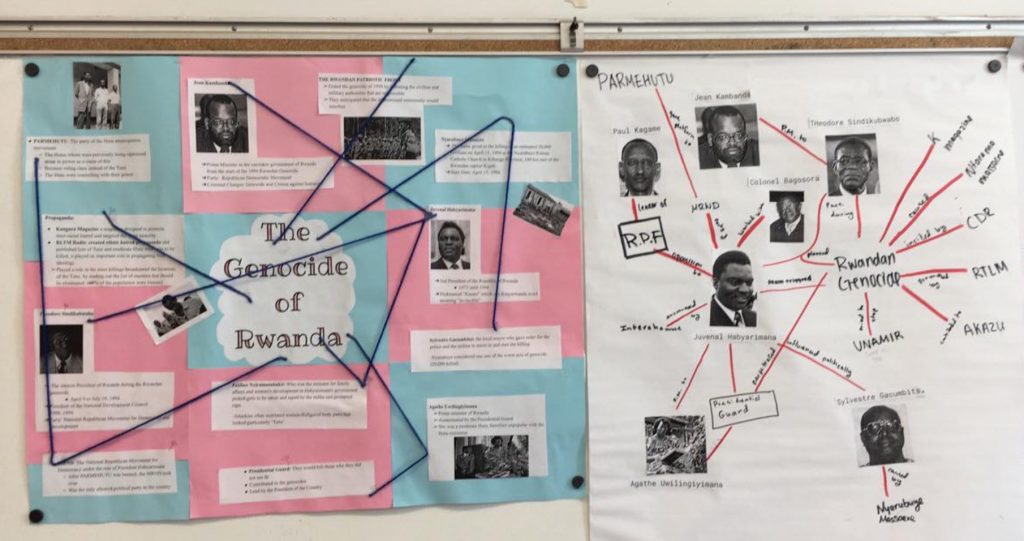