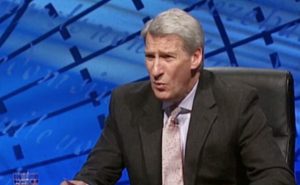 Substantiating assertions forcefully and with evidence is a valuable skill for young historians to develop. The “chatshow challenge” forces them to do so by drawing them in with what appears to be a simple “yes/no” question, then throwing them out of their comfort zone by immediately demanding that they justify this position with a second, connected question. In this sense it is a great method for revising, consolidating and extending knowledge and understanding.

Step 1: Framing the questions in advance of the lesson

Although all historical topics raise thorny questions of interpretation and judgement, few subjects are as contentious as the Middle East crisis and therefore demand so sharply that students clearly substantiate their viewpoints with reasoned argument and carefully selected evidence. I therefore started to construct a series of “Yes/No” questions covering different aspects of the topic, and then produced two accompanying questions to follow each one designed to force students to explain their reasoning in more depth. By doing so, I ended up with the following:

With these questions now ready (along with others framed around the 1948 Civil War, the 1956 Suez Crisis, the 1967 Six-Day War and so on), the activity could commence. The first “initial question” is read out to the class and copied down by each student. They then reflect on their answer individually and in silence, and simply write down “yes” or “no”.

Students then raise their hands to indicate how they voted (merely to indicate the popularity of each point of view). Then display the “follow-up” questions on the board and instruct students to copy down the one which applies to their response.

Repeat this process for the remaining “initial questions”, then give students class or homework time to frame their developed responses to the follow-up questions. The best “Chatshow” dialogues could then be acted out in a subsequent lesson, with the rest of the class acting as a studio audience or a press corps taking detailed notes.