What happened to these people before and after our period of study?

In subjects that require students to consider the motives, actions and consequences of key individuals, it is all too easy to simply consider them as cardboard cut-outs that appear on the stage at the start of our story and then disappear again at the end of it. By challenging students to anticipate and/or research the lives of these people outside of the time constraints of our topic of study, they will be left with a much more rounded view of their motives and significance. This approach lends itself particularly well to subjects like history and geography, but can also be used in literature studies to encourage students to invent a plausible story for fictional characters either side of the time period covered by the novel in question.

After recently re-reading “Peacemakers” by Margaret MacMillan, and “The Court of the Red Tsar” by Simon Sebag Montefiore, I was struck by how an understanding of the motives and actions of key figures in Modern World History is enriched by an appreciation of their lives and careers leading up to, and not just during, the events in question. For example, the “Big Three” at Versailles (David Lloyd George, Clemenceau and Wilson) cannot be fully and properly understood without reference to their social background and formative experiences: yet too often this ‘juicy’ biographical detail is treated as irrelevant by the textbooks even though it helps students form important judgments about the genuine significance of other, more famous, characters. For example, there is a tendency to regard Stalin as being wholly and personable responsible for all the achievements and abominations of his rule if the henchmen that surrounded him are little more than a list of near-unpronounceable names (Kaganovich, Voroshilov, Ordzhonikidze…) hiding in the background. However, if students devote a little time to researching each one of them, they emerge from the shadows and students are suddenly in a much better position to challenge the assumption in the examination question “How successful were Stalin’s policies for…?” that Stalin was the only individual worthy of consideration.

Similarly, the future destinies of key characters provide added interest and insight: a great example of this is when my students watch “The Blue Angel” (a classic 1930s film which is an allegory of the crises facing Germany) and are then challenged to find out what happened afterwards to some of the key actors in the movie. In a classic case of life imitating art, some end up collaborating with the Nazis; some become resistance fighters; some tragically end up in death camps: 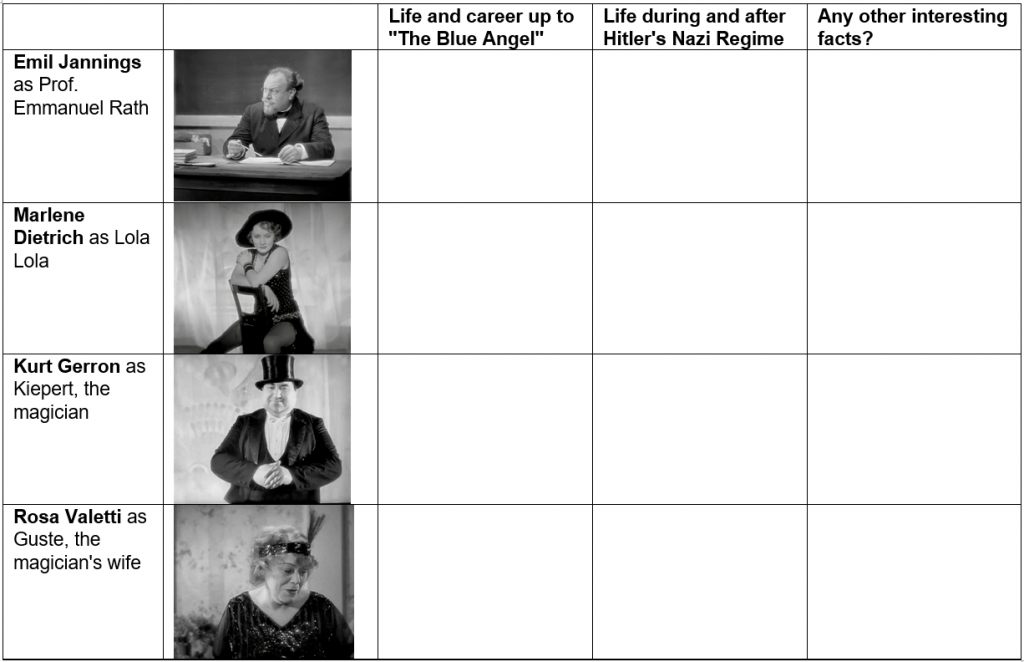 Individuals studied outside of the narrow time constraints of the syllabus do not even need to be well-known in their own right, but might simply be recognisable from  appearing in iconic photographs; the stories behind these people too are sometimes very powerful and illustrative too. For example, as part of my studies about World War One, I get students to conduct research to learn more about the story of Ned Parfett, famous as the boy selling newspapers on the day that the sinking of the Titanic became public knowledge (see image below). 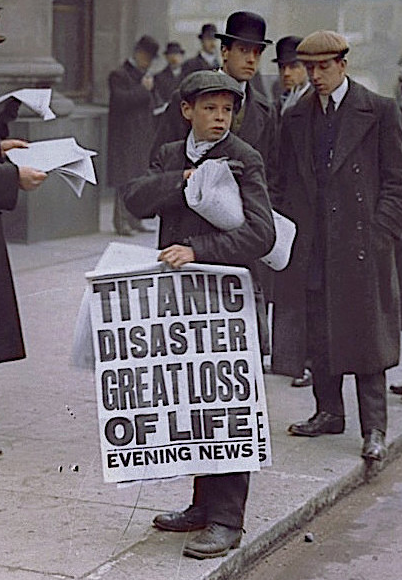