“Rice above the statistics”: using grains of rice for data visualisation

Statistics are a particularly useful source of evidence to help students form opinions and illustrate their arguments, but can too easily become meaningless numbers lacking in persuasive force (as Stalin infamously put it “One death is a tragedy. A million is merely a statistic”). An effective way to combat this is by challenging students to “guess the statistic” in advance of being given the data to generate an element of surprise or even shock when they are presented with the correct numbers. However, to impress these statistics more effectively upon the memory, it is worth getting students to then present them in a visually engaging way. Histograms and pie charts are a classic way of doing this, but an even better way is to use grains of rice to create physical representations of the statistics. Here is a fantastic exposition by the artists of Stan’s Cafe:

By working from the principle that one kilogram of rice contains 50,000 grains, this method can be used as a starter exercise for one particular statistic. It can also be used as a revision exercise when challenging each student to produce a different rice-based display piece to represent something covered over the course of the syllabus, or even as a whole-school history competition open to all year groups and all subjects.

Start by placing one grain of rice upon a piece of black sugar paper and telling the class that this represents one person. Alongside this, place a small pile of rice matching the amount of people in the class (you may prefer to place this into a small pot to prevent things getting messy!). Next, give students a cup and a bag of rice and challenge them to create a pile which accurately reflects the amount of people in the entire school.

Now that students are getting to grips with how the method works, invite them to consider how this method could help them to visualise a key aspect of something they have studied. They may need some prompting here – for example, one pile of rice can represent the people involved in a particular event or in a particular place; alternatlviely, several piles of rice could represent how the amount of people involved/affected changed over time. Proceed after this discussion to conudct a quiz using the “Guess the Statistics” format (e.g. “How many people were killed when the Titanic sank?”, “How many people were involved in the Salt march with Gandhi?”). After providing them with the answers and comparing scores, each student should then take responsibility for producing a rice-based representation of their chosen statistic.

To avoid the exercise simply becoming a process of students weighing/counting out grains of rice onto pieces of paper, challenge them to see this simply as the first and most simple step of the process. Their main challenge is to take this further by doing such things as:

In the Practical Pedagogies Conference at the International School of Toulouse, the maths department led by my friend and colleague Jim Noble (@teachmaths) created a student-led exhibition around the corridors of the school to engage the delegates and provoke discussion and questions. It helped to ensure that the amazing amount of learning and thinking going on within the 100 or so workshop sessions continued within the coffee breaks throughout the two days. The installation The next Practical Pedagogies Conference, incidentally, will take place at the British International School of Cologne in 2018 (details here).

Further Photographs from the @teachmaths exhibition at Practical Pedagogies 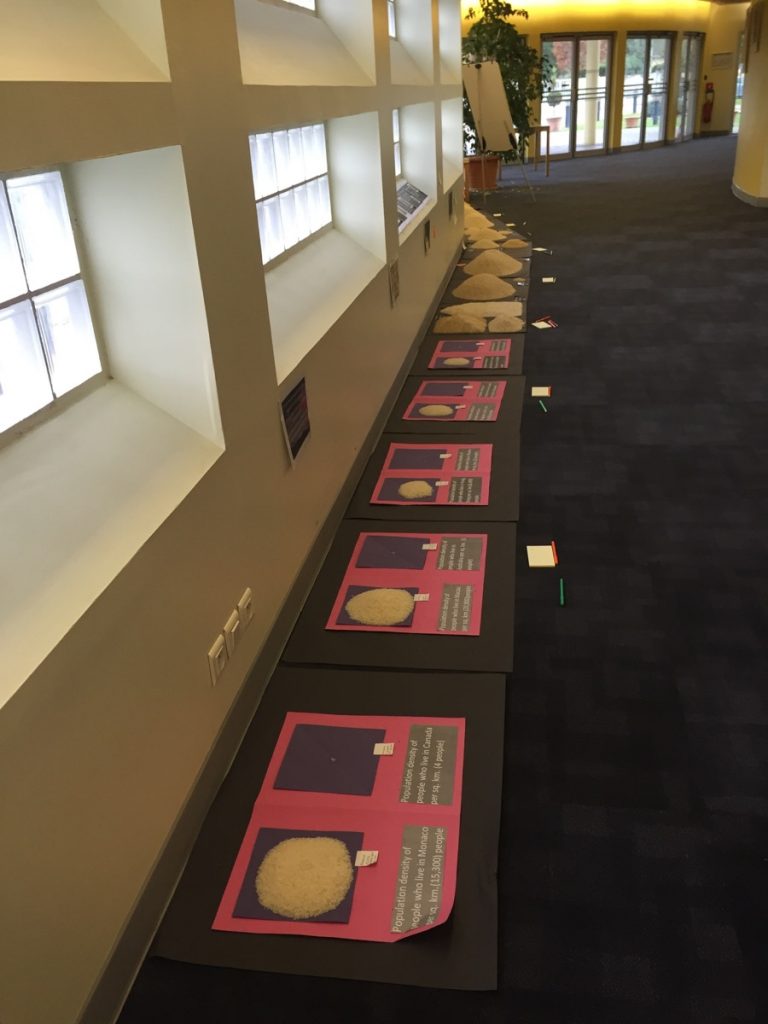 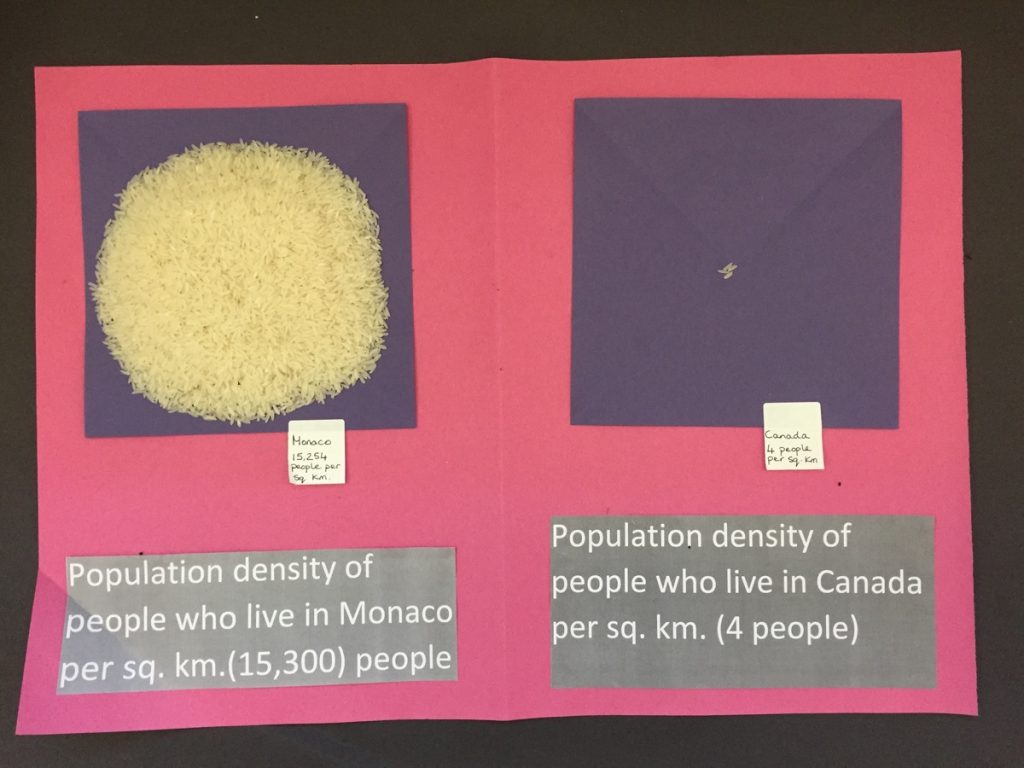 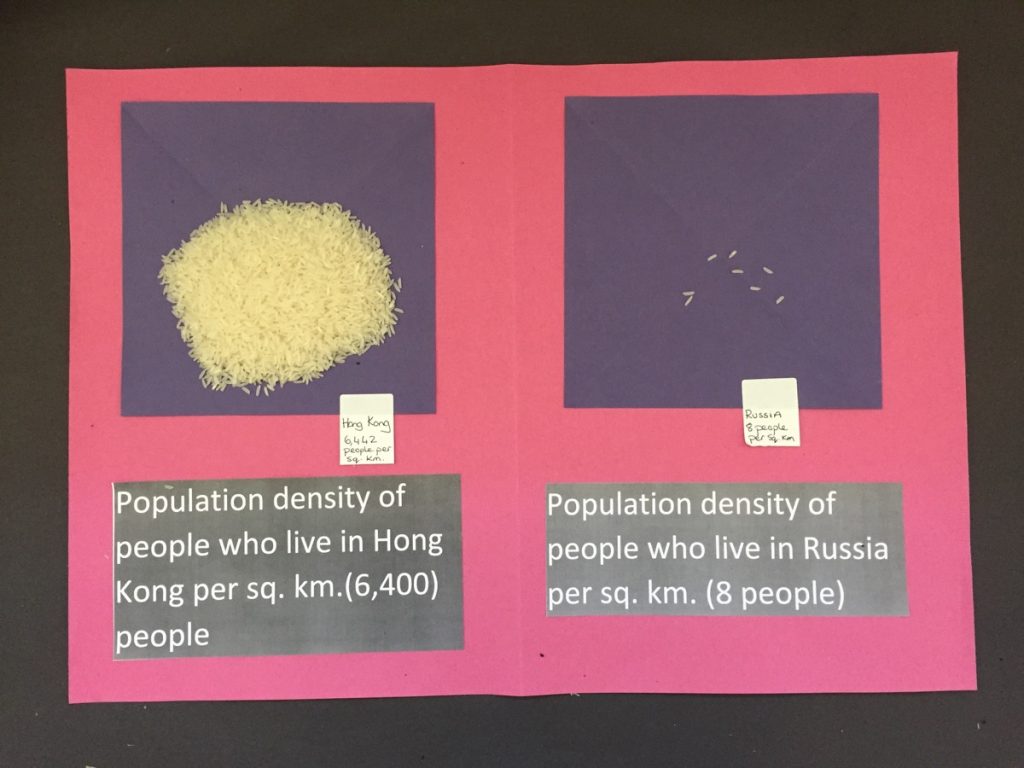 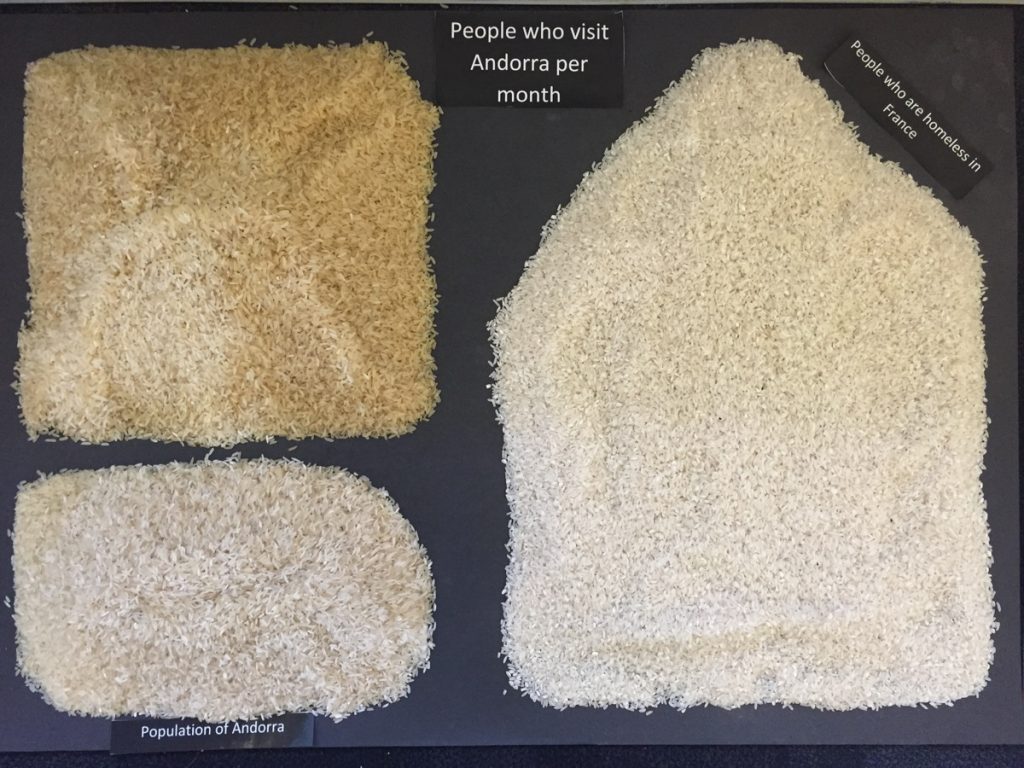 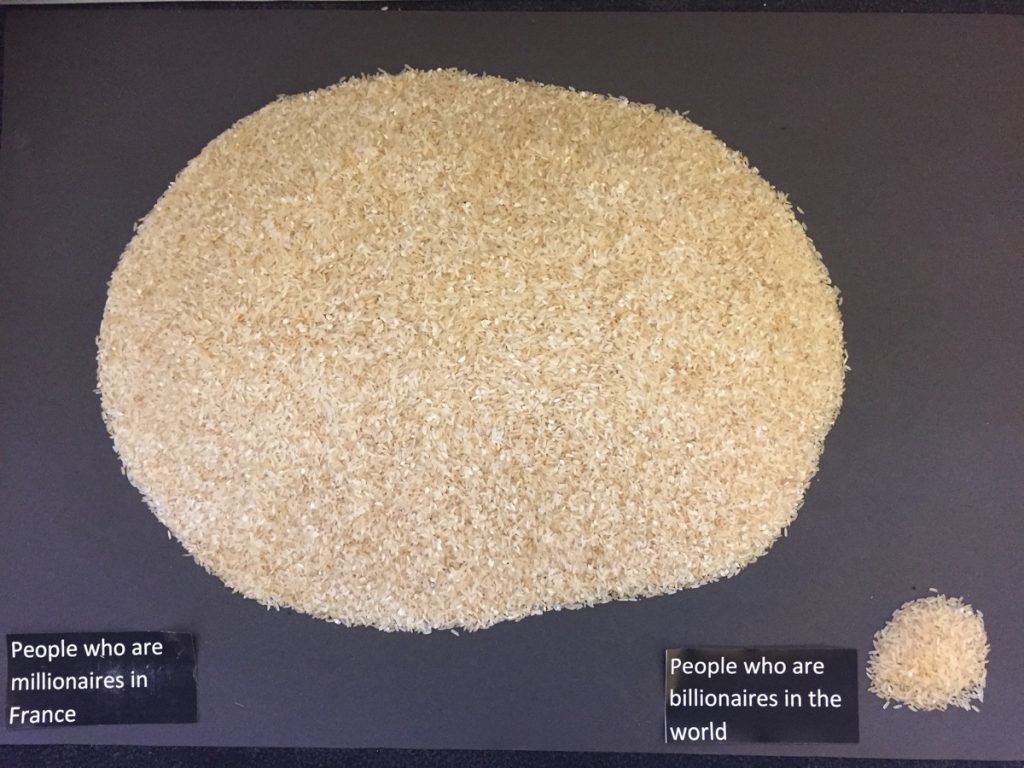 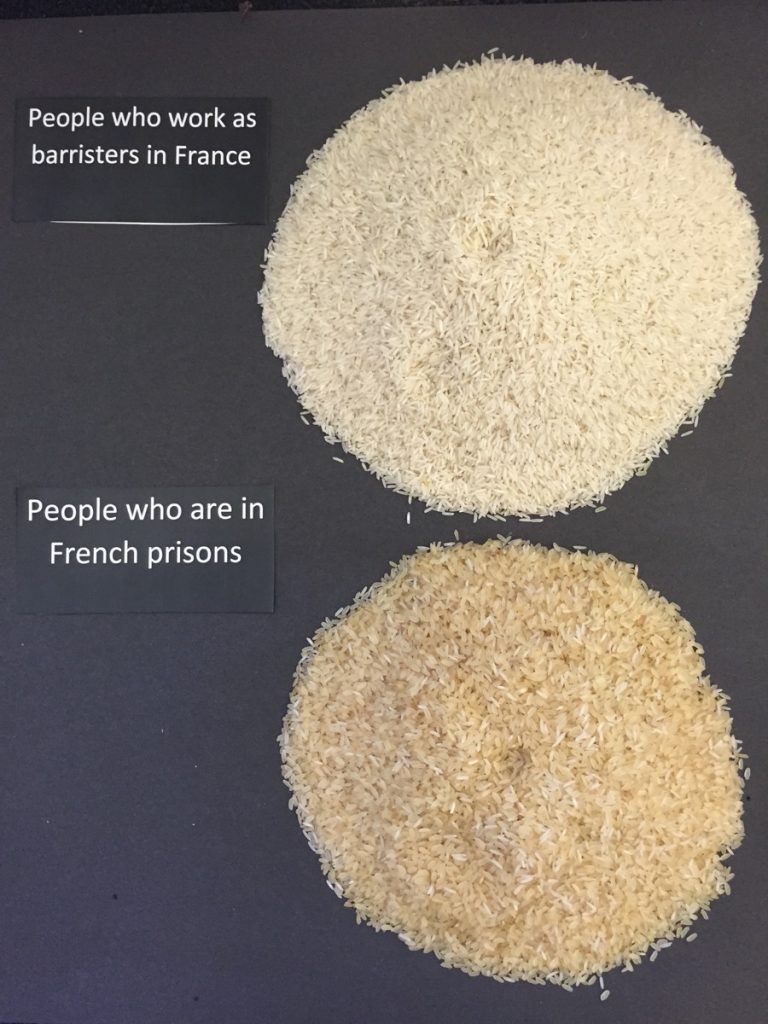 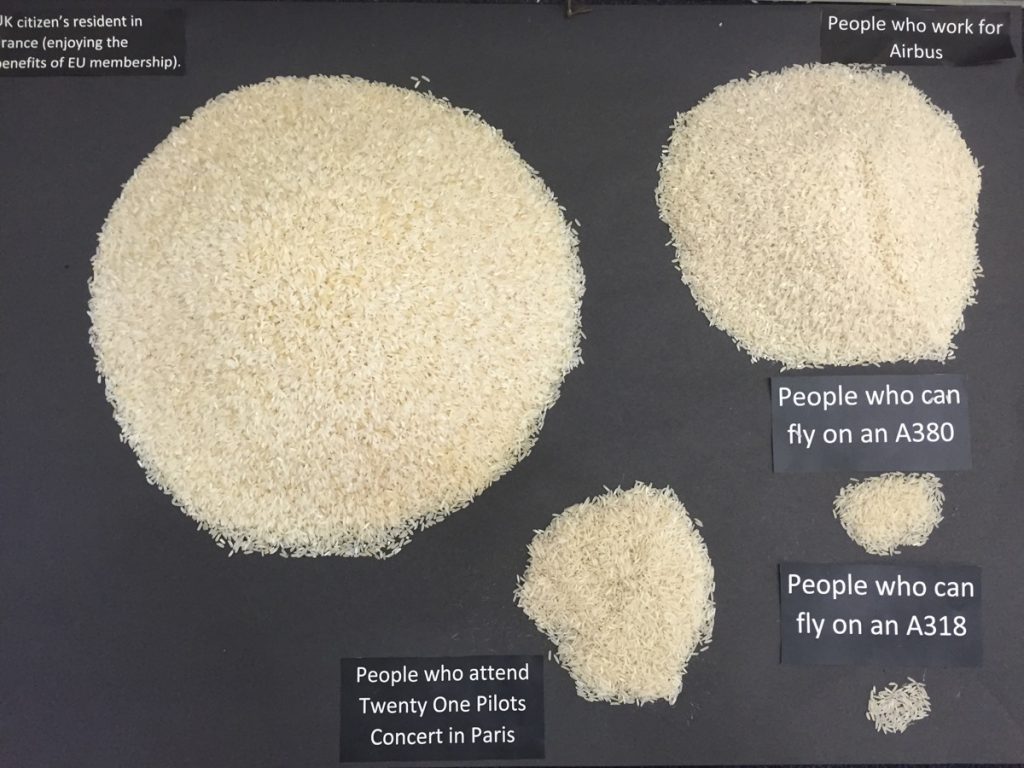 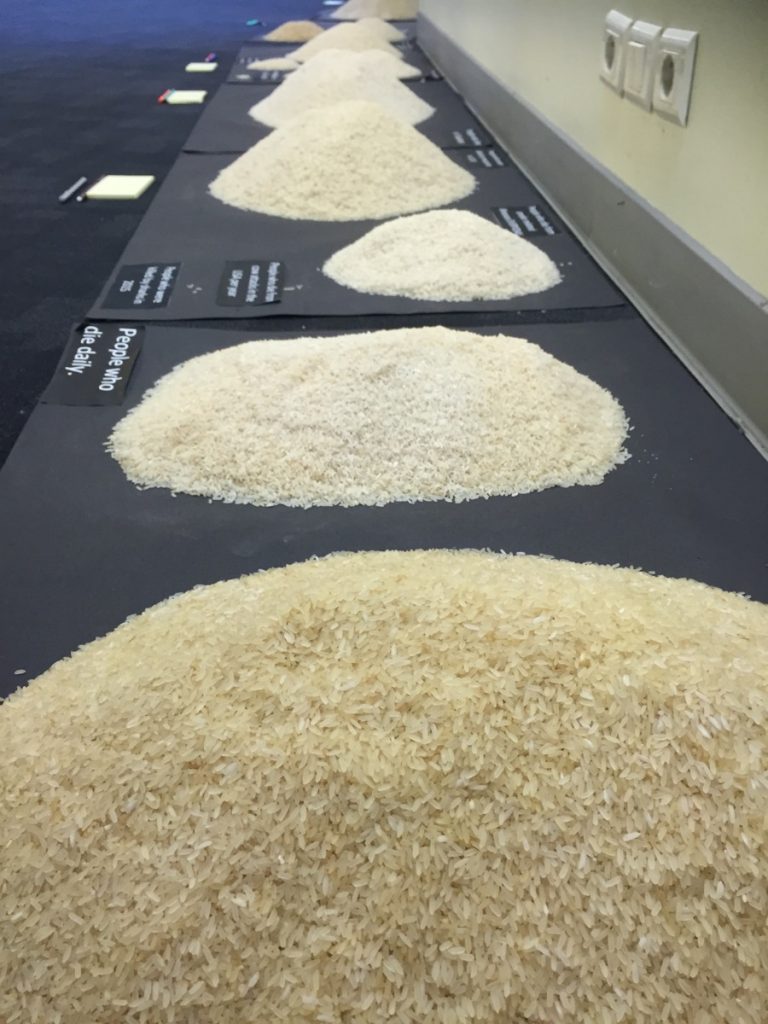 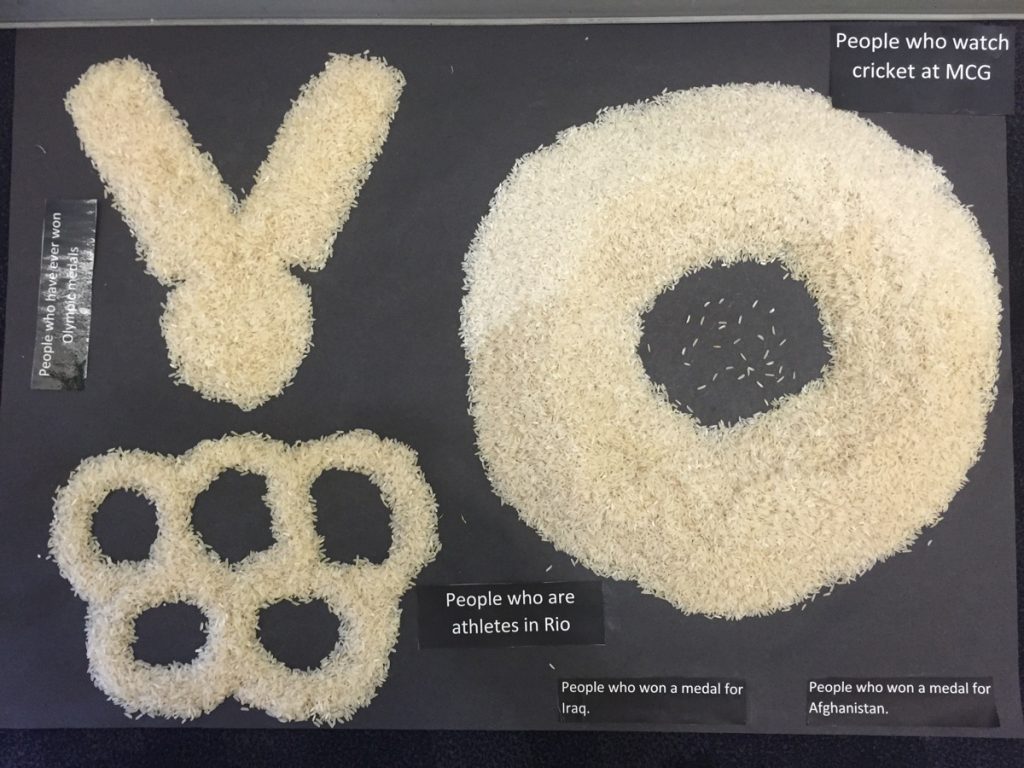 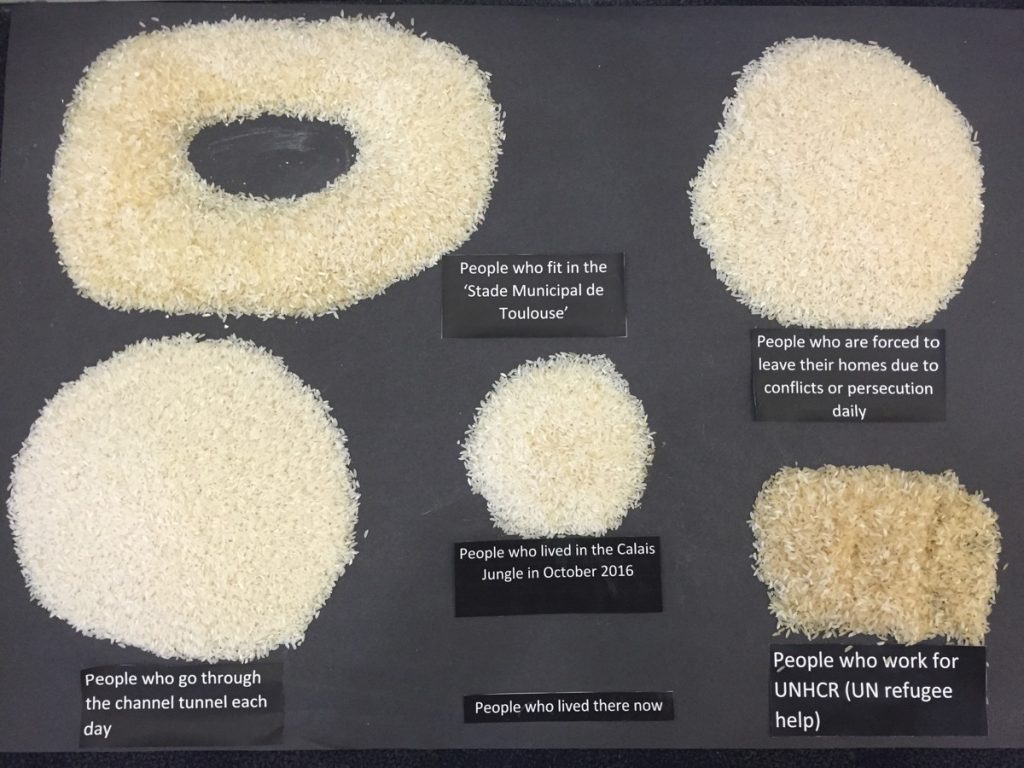 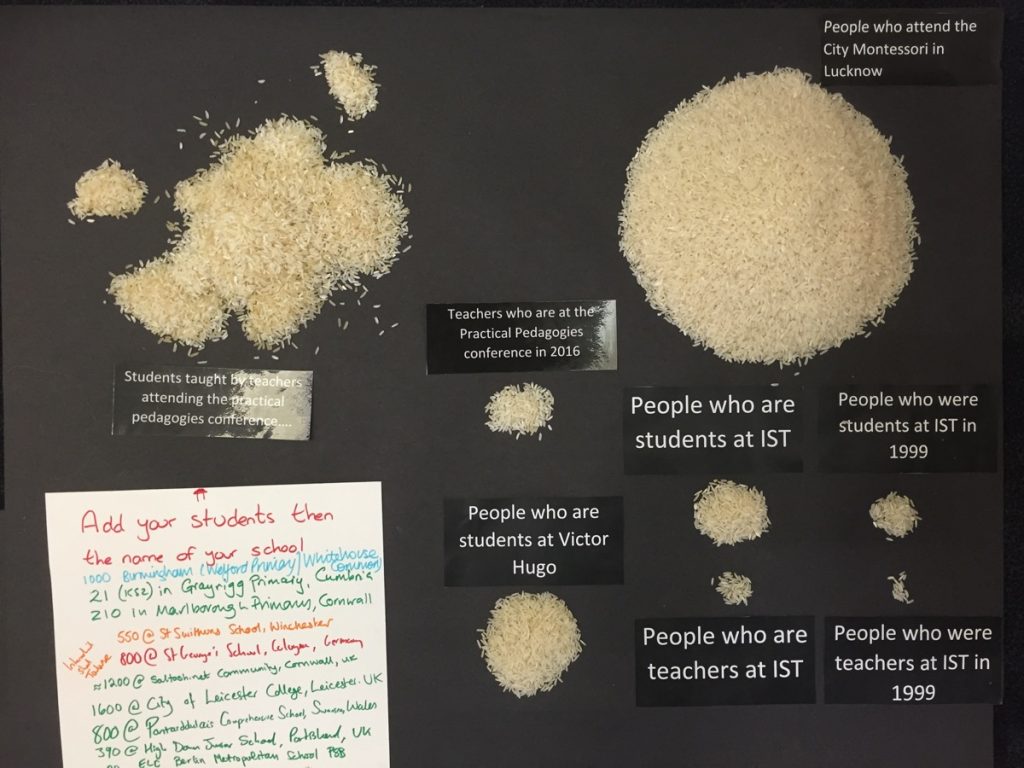 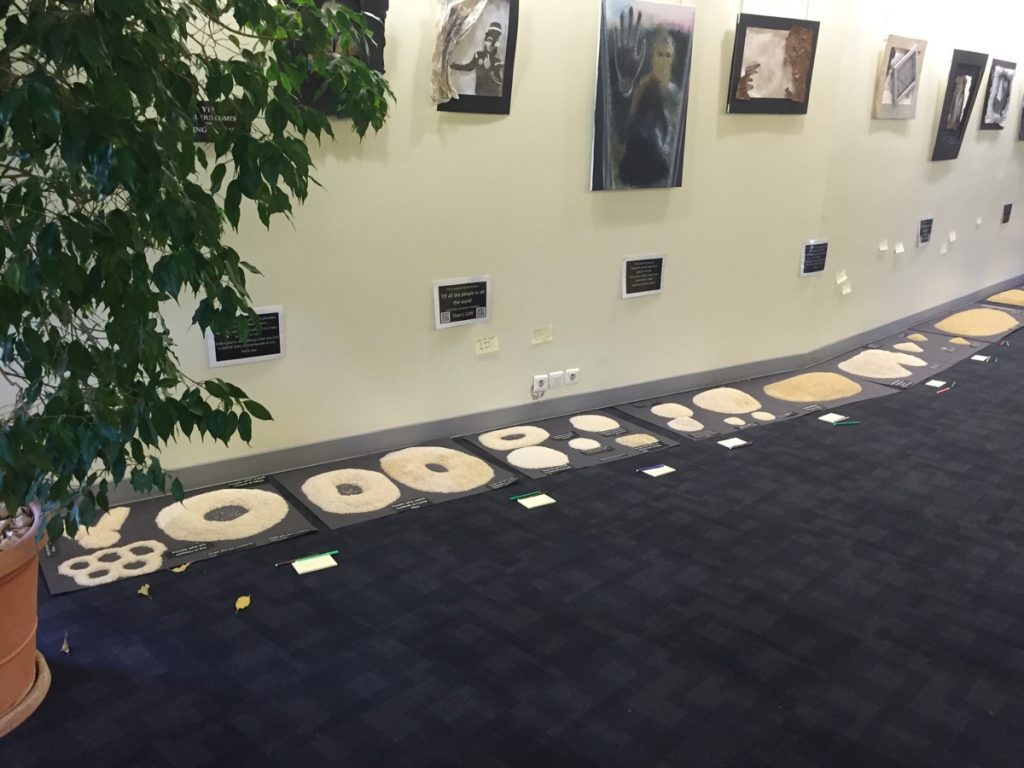 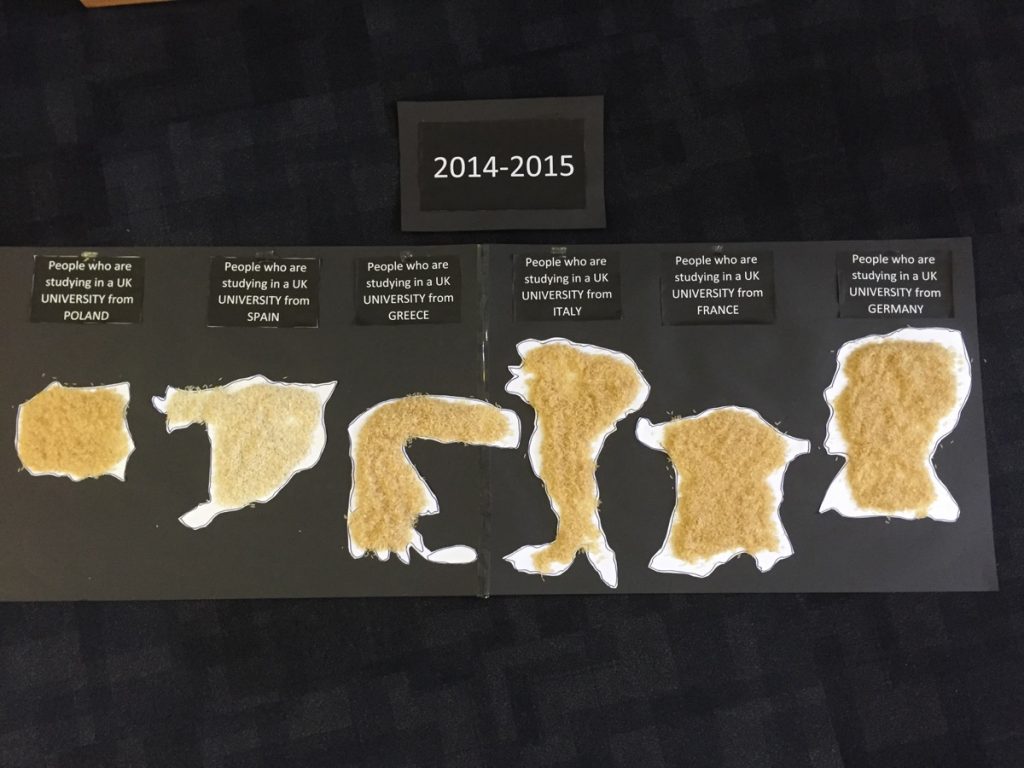 There are several further ways in which students can be encouraged to “rice above the statistics”. For example, the rice could be used to represent:

Stans Cafe, Stan’s Cafe Theatre Company: Of All The People In All The World (Available at: http://www.stanscafe.co.uk/project-of-all-the-people.html, Last accessed 20th January 2018)