“Brilliance or Baloney?”: A quiz format to develop substantiated judgements 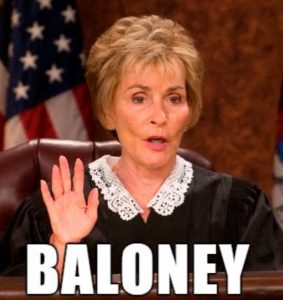 In subjects like history it is important that students form, express and substantiate their judgements on central issues. One efficient way of doing this at the end of a topic or during the revision period is to present them with snappy assertions and then challenge teams of students to explain, using evidence, why they think it is convincing (“brilliance”) or weak (“baloney”).

As part of our revision for History of the Americas in IB History, my students conducted a series of debates on the successes and failures of US Presidents between 1945-1980. To round things off, I formulated a series of concluding statements overnight about each president. I then organised the class into three teams (A, B, C) ready for an arbitration exercise, and each team was then shown which statements it would need to focus on using this table:

Each team was then given time in class (which could have been homework) to (a) Decide whether they agreed with the statement or not and (b) Gather substantiating evidence to support their judgement. Depending upon the time available, this can be done collaboratively, or different members of each team could focus on different statements and then share their ideas with their groups before the feedback phase for comments and suggestions. Finally, these ideas were written up neatly in a PowerPoint slide.

Starting with the first statement, Team “A” declares whether they regard it as ‘brilliance’ or ‘baloney’ and proceed to explain why, with their PowerPoint slide on display. Team “B” then presents its thoughts on the same issue (again, with their PowerPoint slide on display – thereby ensuring that they don’t simply ‘steal’ specific points from the first team in their presentation if they happened to be in broad agreement). Finally, the third team, in classic arbitration format, has to declare a winner. At this stage they could plot a number ‘1’ on a continuum line to indicate how strongly they regard the statement as being ‘brilliance’ or ‘baloney’ and everyone should have a moment to jot down some notes before proceeding to the next statement.

The format of the activity can be varied in a number of ways:

Russel Tarr, Revision: Who was the greatest US president? – ActiveHistory (Available at: https://www.activehistory.co.uk/Miscellaneous/menus/IB/americas/revision.php, Last accessed 17th May 2017)