To help students exchange their research findings with each other in a particularly time-efficient way, challenge each of them to summarise their essential points on a sticky note. With these attached to their heads, students silently circulate around the classroom taking notes from each other.

Case Study: The Peace Treaties after World War One

After concluding a detailed depth study of the Treaty of Versailles imposed upon Germany after World War One, it is challenging to maintain enthusiasm for a further in-depth study of the peace treaties dealing with the other Central Powers. My approach to this is to provide students with a list of points about how nine other countries were created by or otherwise impacted upon by the treaties (e.g. Turkey, Yugoslavia, Poland, Czechoslovakia). These points sweep across the entire twentieth century to provide a genuinely broad-brush approach to history. Students are then challenged to categorise these in terms of positives and negatives, split 100% between “success” and “failure” as appropriate, then create a Triangle 9 diagram to answer the question “How far did the peace treaties after Great War make the world more stable?”.

However, as a critical part of this process I also produce a long list of further questions relating to each of these nine countries, and students choose one each to research further. Some of these are closed questions, and some much more open, so that students can choose one that suits their abilities. Some examples include:

Although all students make relatively detailed notes providing an answer to their question, they are then challenged at the start of the next lesson to summarise the most interesting or important point on a sticky note, then attach this to their heads. 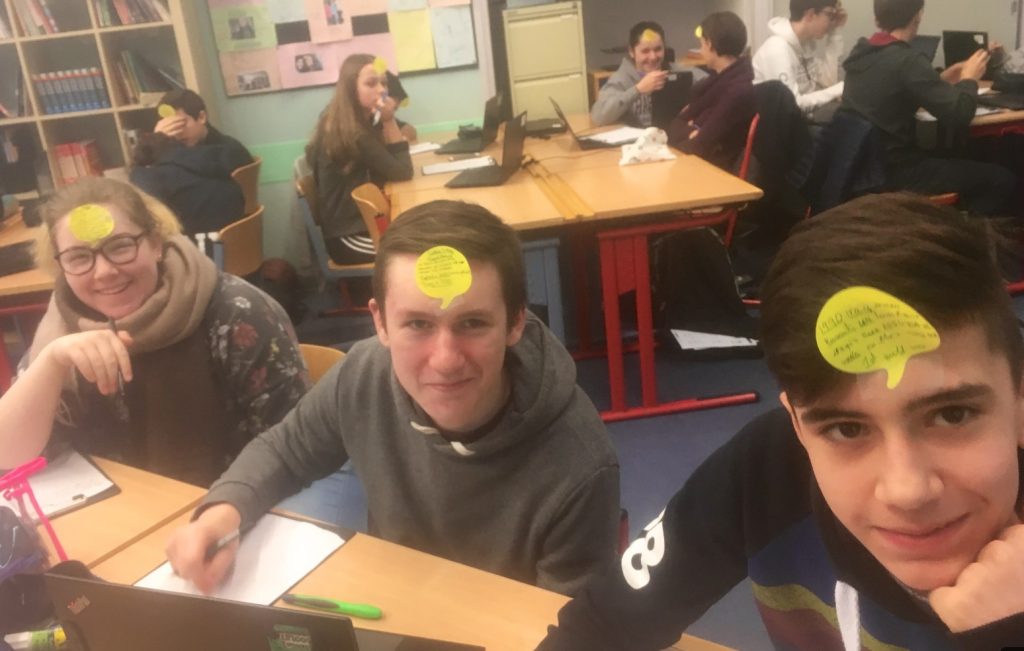 Next, each student reads out to the class the question that they have been researching so that the all students can prioritise who they want to learn from by deciding which questions they find most intriguing. All students then have 10 or 15 minutes to silently wander around the class with a clipboard taking notes from what they can read from the sticky notes. This makes for quite a novel experience as students quickly learn that as soon as another student wishes to take notes from them, they are well advised to take notes from this partner at the same time rather than simply stand around waiting to move on. 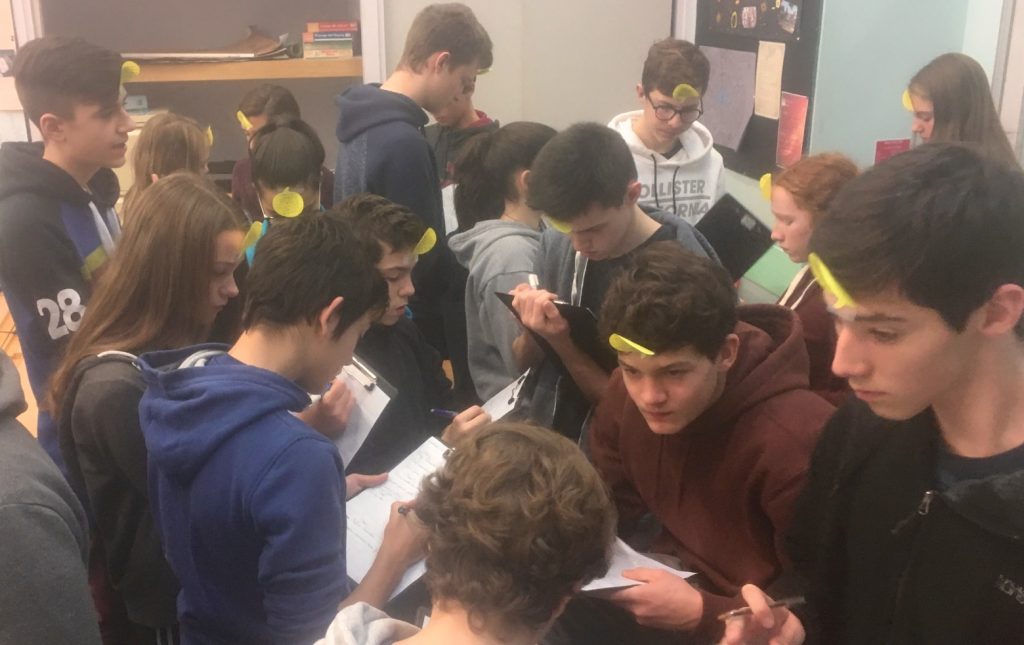 At the end of the silent period, students return to their places and develop their original Triangle 9 diagram with the additional points they have learned.

It is a good idea for the teacher to take all of the sticky-notes in at the end of the lesson and use these as the basis of a factual test in a subsequent lesson. If students are warned of this before the ‘silent presentations’ take place, this provides an added incentive to record as many points from as many sticky-notes as they possibly can in the time available. 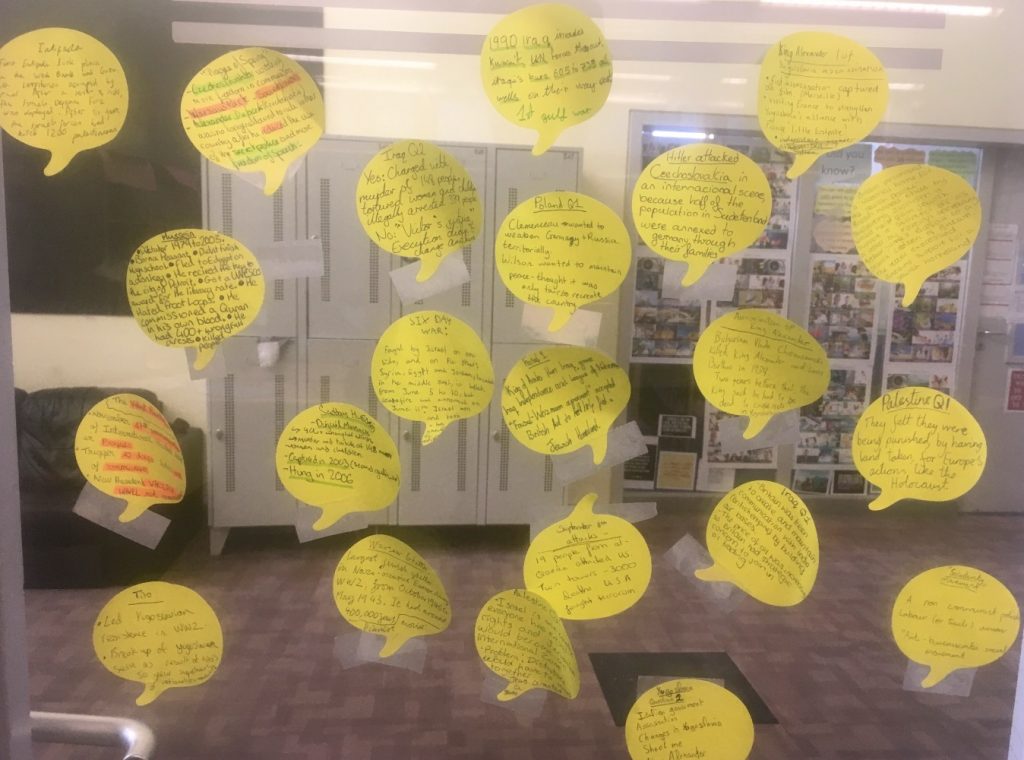