Simple strategies for using movies and documentaries in the classroom

The potential offered by video as a teaching and learning aid in the history classroom extends way beyond asking students to make notes based around a 30 minute programme. Primary footage, feature films and historical documentaries offer varied and stimulating ways into key topics. Here are some simple strategies to help students get the most out of these sources.

As a homework project, provide students with a feature film based on historical events to watch and to review. Best of all is when a range of films can be provided which cover the same theme, period or topic. Provide them with a basic template encouraging them to organise their thoughts under the following headings: 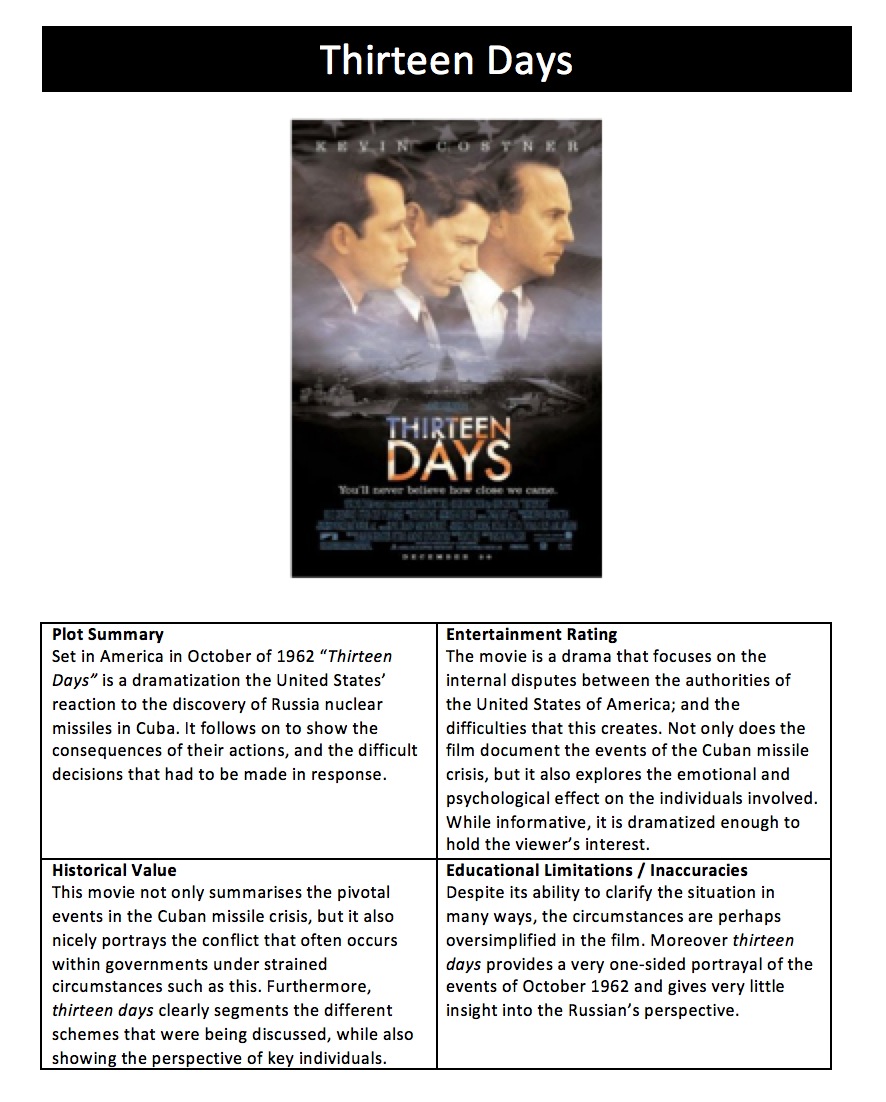 In a subsequent lesson, a jigsaw format could be used to enable students to exchange their thoughts on the various films. For example, the class could be arranged into groups of three, with each group having to agree which of the three films under consideration strikes the best balance between being educational and entertaining. Then, after the groups have been ‘jigsawed‘ the process is repeated so that there are a number of ‘finalists’.  The discussion could also take place in the format of a ‘balloon debate‘, or the findings could be arranged in a diamond9 diagram (“Which is the most useful feature film for the historian studying…[topic]?”). When the discussion is over, the completed reviews could then be placed on display and / or placed inside the DVD case as a reference for whichever student (or teacher) borrows it next.

The superb website Information is Beautiful produced a series of brilliant infographics presenting a range of films in the form of barcodes. Each line of the barcode represented a different segment of the film, colour-coded to represent its degree of historical accuracy. This approach can be adopted and simplified for a classroom activity: Students can simply identify one central fact, opinion, fiction, omission and error and label these at different points and in different colours along the barcode, with a key underneath providing an explanation.

Taken from Information is Beautiful

Compare treatment of the same event in different films or documentaries

A particularly effective way to help students appreciate how feature films can manipulate historical fact is to show them how different films represent the same historical moment. For example, Elizabeth (1998) opens with a three-minute clip showing the burning of Latimer and Ridley which can be compared to primary sources in order to highlight essential differences. This then leads into a discussion about what the director has left out and added, why he probably did so and whether his distortion of the truth is of any consequence. Even better though is to compare clips from two movies dealing with the same topic. Comparing the trial and execution scenes from Cromwell (1970) on the one hand and To Kill a King (2003) on the other allows students to decide which one is the most educational, which is the most entertaining, and which quality is more important in a feature film. The same principle can be applied to segments of documentary films. In the example show here, students watch three short video clips about the Berlin Blockade to highlight disagreements between sources (and omissions in some of them) to stress the importance of using more than one source to build up a deeper understanding: 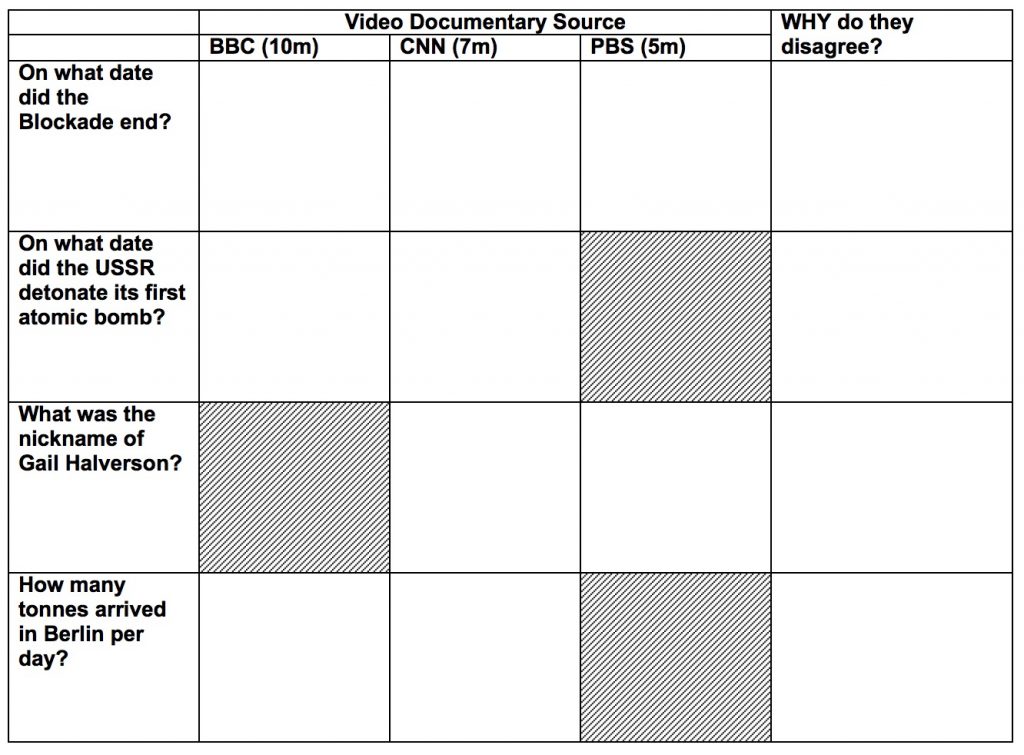